The Giant Geode of Pulpí is 165,000 years old, according to UAL scientists.

Inicio » Noticias UE » Research and Innovation » The Giant Geode of Pulpí is 165,000 years old, according to UAL scientists.

The Research Group ‘Water Resources and Environmental Geology’ of the University of Almeria determines that only rainwater, not seawater, was involved in the origin of this archaeological jewel in a study published in Geosciences.

The giant gypsum geode of Pulpí has attracted the interest of the scientific community since it was discovered in 1999. Research published over the last 20 years suggests that its crystals, up to 2 metres long, were formed entirely underwater in very stable conditions and at a temperature of approximately 20 degrees Celsius. However, there were still some unknowns about their origin, such as the age of the crystals and the characteristics of the water from which they were formed. Fernando Gázquez, José María Calaforra and Ángel Fernández-Cortés, from the ‘Water Resources and Environmental Geology’ Research Group at the University of Almería, have provided answers to these questions, with the participation of a TFM student, Ana Monteserín, in the analyses carried out at the UAL stable isotope laboratory. 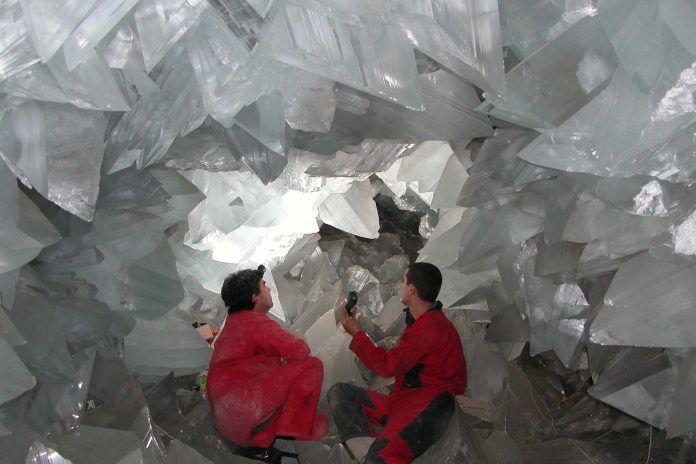 Christina Obert of the Department of Geology and Mineralogy at the University of Cologne dated the crystals that have been worked on to establish the age of the pocket for the first time by analysing uranium and thorium isotopes in the gypsum. The pocket began to form 165,000 years ago, “coinciding with a relatively cold and dry period during which the sea level was 60 m below present sea level”. The isotopic characteristics of the gypsum have made it possible to determine that the fluids that generated it “were made up of rainwater that infiltrated into the aquifer where the pocket is located”. On the other hand, “no contributions of seawater have been observed during its formation process, despite the fact that it is only a few kilometres away from the Mediterranean Sea”.

The journal Geosciences, published by MPDI Switzerland, has echoed these discoveries and has published an article with the content of the research entitled ‘The Absolute Age and Origin of the Giant Gypsum Geode of Pulpí’, which can be read in full at the link https://www.mdpi.com/2076-3263/12/4/144. This is a Q1 journal in General Earth and Planetary Sciences, of high international prestige. It should be added that this work has been funded by the PALEOQUANT project of the Junta de Andalucía, which is directed by Fernando Gázquez. The subject matter dealt with transcends the interest of scientists and reaches society directly, since, not in vain, this geode is the only cave of its characteristics open to the public, since 2019, in the whole world, and its transparent gypsum crystals have turned it into a fundamental tourist attraction.

In this sense, the researchers have drawn attention to the fact that “the guided tour includes explanations about the activity of lead, iron and silver extraction in the Mina Rica where the geode is located during the first half of the 20th century” and that “the geological processes that led to the formation of the large gypsum crystals are explained”. Once the results have been revealed, “our research represents a qualitative leap in the quality of the informative content of the visits to the Pulpí Geode, as from now on the guides will be able to offer the public rigorous and contrasted data on the age of formation of the crystals and the conditions in which they were formed”. However, they added that “it is hoped that in the future we will be able to obtain a greater number of ages of the different crystals, which will allow us to generate a history of the past climate in this region from the study of the changes in the stable isotopes of the groundwater recorded by the gypsum crystals of the geode”.

Regarding the research process, “to determine its age we have used the uranium and thorium isotope dating method; uranium is incorporated into the gypsum from the formation water and subsequently begins to disintegrate to produce other lighter elements, such as thorium”. Thus, by analysing the concentration in the gypsum of the isotopes of these two elements, the age of formation of the mineral can be determined: “In the case of the crystals of the geode, the concentration of uranium they present is extremely low, around 10 parts per billion, and this has posed a challenge in determining when it was formed, since the lower the concentration of uranium in the material, the less precise the age obtained”. Despite this difficulty, and thanks to an optimised analytical method developed at the University of Cologne, it has been possible to date the figure of 165,000 years referred to above: “The beginning of the crystallisation of the material coincides with a relatively cold and dry period known as Marine Isotopic Stage 6, during which the level of the Mediterranean Sea was 60 metres lower than it is today”.

That said, it is important to note that in addition to its age, the origin of the water that gave rise to the crystals of the geode has been determined by analysing the stable isotopes of oxygen and hydrogen in the water molecules that are associated with the gypsum: “This cutting-edge method developed at the Stable Isotope Laboratory of the University of Almeria allows us to know the characteristics of the water from which the gypsum was formed”. This is because waters with different origins, for example seawater or rainwater, show isotopic differences. The results indicate that “the geode was formed from rainwater that infiltrated the aquifer and was loaded with salts (sulphate and calcium) when it came into contact with the geological materials of the Sierra del Aguilón, where it is found”. The gypsum began to form very slowly and under conditions of high stability in the cavities that were occupied by groundwater. In a much more recent phase, the water level dropped and the pocket emerged, until it was discovered by a group of mineralogy enthusiasts in 1999. 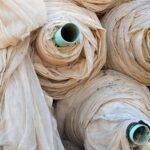 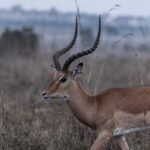 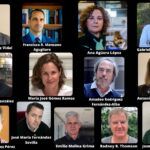