UAL focuses on the environmental importance of biocrusts for science, management and society

Assuming leadership in research and knowledge transfer on these ecosystem components as a ‘climate change adaptation strategy’, the University of Almeria presents a series of workshops, starting last Thursday, February 3, and CECOUAL announces the world’s first collection of biological soil crusts. 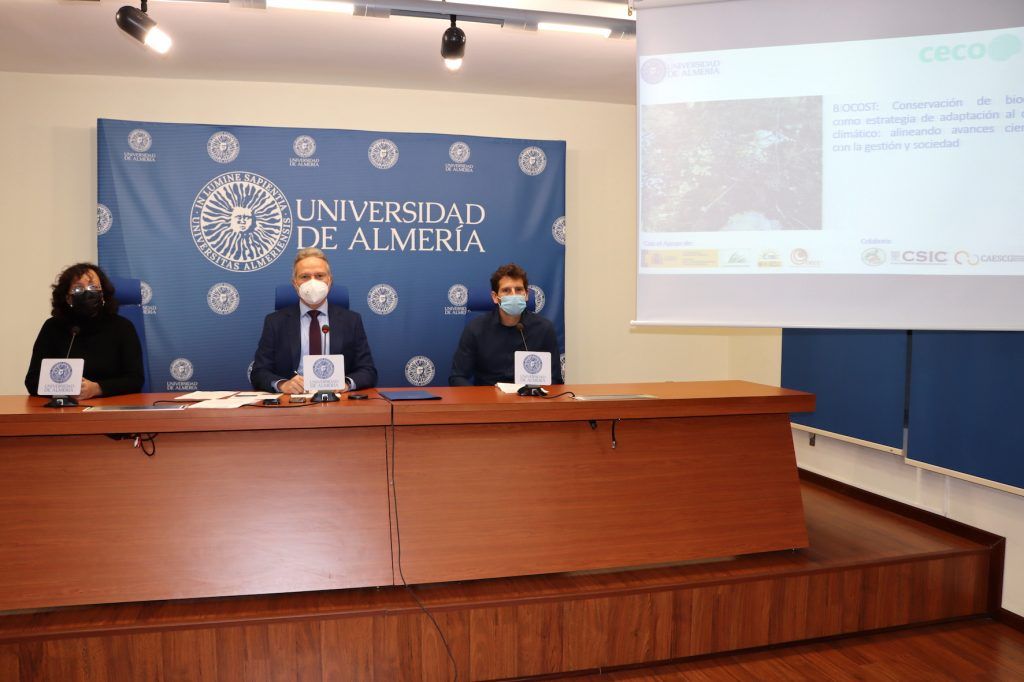 After two decades “advancing in the knowledge of biocrusts, being Almeria a reference in their study, both nationally and internationally”, the time has come to go a step further. That is the reason for the birth of the BIOCOST project. The Vice-Rector for Research and Innovation of the UAL, Diego Luis Valera, presented the actions to be carried out from last Thursday, February 3, based on the contributions of utmost importance made by the University of Almeria and as part of the project in its quest for dissemination and transfer. He has done so in the company of researcher Emilio Rodriguez, a beneficiary of the Ramon y Cajal program and member of the group ‘Ecohydrology and Restoration of Arid Lands – RNM927, and the director of CECOUAL, Esther Gimenez. In addition, another center of the UAL is involved in this project, the CAESCG, and it is done hand in hand with the Biodiversity Foundation.

It is time to sponsor “collaborative work”, in the basic strategic line of the University of Almeria as a “space for meeting and collaboration” and its “firm commitment to the generation of knowledge transfer”, in the words of Diego Valera, who has contextualized the starting situation. Global change, some human activities, the loss of habitats and biodiversity, all focused on arid and semi-arid ecosystems, to reach the relevance of “other components that often go unnoticed to the human eye, but are fundamental: the biological soil crusts, or ‘biocrusts'”. The vice-rector specified “their importance for the biodiversity of arid ecosystems, preventing water and wind erosion, as well as their capacity to fix atmospheric carbon and nitrogen”.

Such statements are the result of scientific certainty arising from UAL research for 20 years, now aimed at developing “new biotechnological strategies to recover degraded soils from biocrust recovery”. Placed in its context the BIOCOST project, has invited participation in workshops on this topic, “in which for the first time we will bring together experts from different institutions, managers and other social actors, in order to advance conservation. Almost 50 participants have registered for this first meeting and collaborated with the UAL and the Biodiversity Foundation, belonging to the Ministry for Ecological Transition and the Demographic Challenge, the Cabo de Gata-Nijar Natural Park, and the Ministry of Agriculture, Livestock, Fisheries and Sustainable Development of the Junta de Andalucía.

Scientific evidence shows that the loss of biocrusts, as a result of climate change and human activity, is having negative effects on the ability of arid and semi-arid ecosystems to provide services to society. Emilio Rodríguez detailed this, stressing the main shortcoming detected by the researchers, which is that this message does not reach the management sphere or society. If this is not achieved, it will not be possible to promote conservation actions and social learning that contribute to their protection. The aim of this BIOCOST is to alleviate this deficit, transfer scientific knowledge and promote collaborative work between researchers, managers, and social agents. Thus, the activities that have been planned in three days seek to improve the understanding of the role of biocrusts, their threats, and vulnerabilities, plus their legal protection, and to carry out a collective reflection on possible conservation initiatives.

Rodríguez has linked, through the research carried out, the biosheds with “key processes such as carbon fixation, regulation of the water cycle, protection from erosion…”, a process in which they have tried to carry out dissemination actions in the face of a “general lack of knowledge on the part of society of what we were talking about”, in a textual way. This “prompted us to take a step forward because the first thing is to make society aware of the biocrusts, and to work together to find solutions”. The collaboration of CECOUAL and “researchers from the University of Almeria in other fields, experts in environmental law or in transdisciplinary processes of knowledge transfer generation, and colleagues who are experts in the dissemination of research results” was added.

The BIOCOST project is based on four lines of action, the first of which is very striking: “To develop the first mapping of bioscrusts in Spain, which did not exist, and which will be published in a more accessible format for managers and society”. Based on this, they evaluated the degree of legal protection and reviewed the legislation within the Habitats Directive. Another action was to locate the governing boards of the areas in which the biocoastal sites are located and to carry out a survey on difficulties in receiving or passing on information on scientific advances in this field. The last line is the organization of these conferences, with the framework of the Cabo de Gata-Níjar Natural Park, with which “the aim is to bring together all the actors to find out how to report what we know after 20 years of research and arrive at practical solutions that include biocrusts in the management mechanisms at different levels, from local to national”. The final result will be “to create a methodology that can be extrapolated to other areas, always under certain adaptations to the different spaces, an objective for the coming months”.

For her part, Esther Giménez has valued the high potential of the research group ‘Ecohydrology and Restoration of Arid Lands’ at national and international levels, “having their collaboration fills us with pride,” she acknowledged. CECOUAL being the Center for Scientific Collections, has advanced that it is already generating “the first scientific collection of biocrusts in the world, which makes the University of Almeria a pioneer”. It is a complex methodology, which makes it “a very interesting work that internationally speaking will have a lot of potential: there is no such reference collection anywhere and we are in a special place to do it, a hot spot of biodiversity of these communities”. He has not only announced this, but also revealed that “experimental gardens are being developed, an exceptional news, that within the UAL in addition to botanical and ornamental gardens there are experimental gardens to check in situ, from within the campus itself, how the soil improves with biocrusts and, therefore, the gardens themselves”. The results obtained will be disseminated. All the information on the BIOCOST project can be found on the web link  http://www2.ual.es/cecoual/costras-biologicas/. 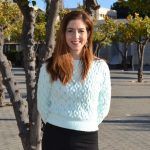 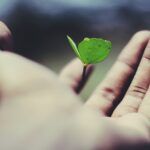 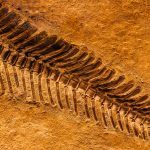 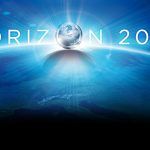