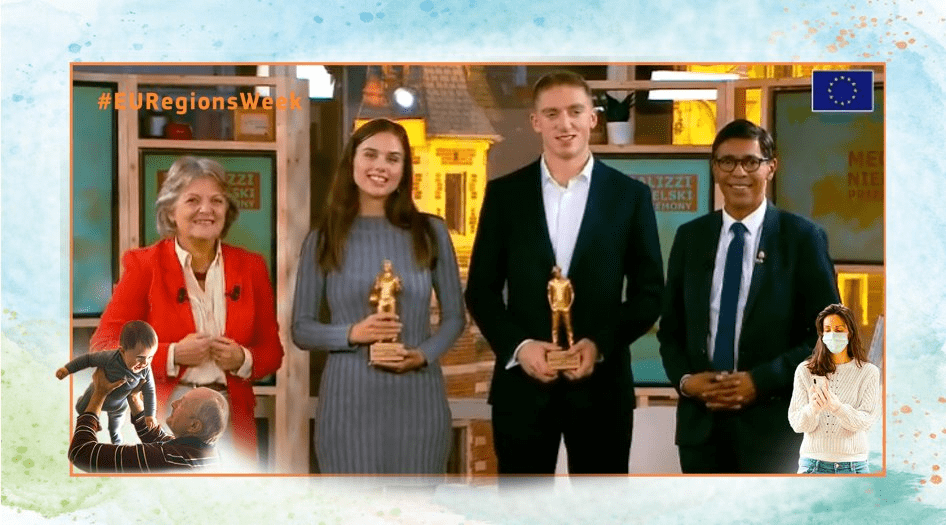 This year Spain boasts an award at this year’s Megalizzi – Niedzielski prize  thanks to Irene Barahona, a promising young journalist. A recognition to young journalists named in memory of the two journalists killed in 2018 in the terrorist attacks in Strasbourg, Antonio Megalizzi and Bartek Pedro Orent-Niedzielski.

Awarded by the European Commission, the prize recognises the participants’ commitment to reporting on the EU, as well as the quality of their previous work and their involvement in the Youth4Regions programme. Barahona’s report on the Iberian wolf in Robledo de Sanabria stood out from 45 other entries.

The award is part of a new Commission proposal whose priority is to boost the careers of young European journalists. The Youth4Regions project offers future journalists the opportunity to travel to the European Union’s headquarters for intensive training. For one week, participants in the programme cover all Commission-related information in the different Member States, working side by side with experienced journalists.

Irene Barahona, the winner of the Megalizzi – Niedzielski prize talks to us about journalism, the European Union and its future after this recognition:

The European Union is committed to safeguarding journalistic freedom, strengthening media freedom and fighting disinformation. A dogma shared by the Youth4Regions programme, which protects journalists from their earliest stages. Barahona believes “that an institution like the European Commission recognises, not only your work, but the importance of journalism, makes us realise that our work is really important, that we can make a difference, that we have a positive impact, or can have a positive impact, and we have to keep working and fighting for that”.

Today, journalism is at a critical point. According to EU statistics:

Faced with these alarming data, in 2018 the European Commission decided to launch a code of best practices Book  with which great efforts are invested in detecting, analysing and fighting disinformation.

“We now live in the age of disinformation […]. Truthfulness is what gives it meaning and what names what is journalistic information,” says Irene.

This disinformation jeopardises the trust that citizens place in European institutions and the media. By eroding the channels of information, it increases uncertainty about actions taken from Brussels and hampers citizens’ ability to make decisions.

“What journalism does in my opinion is to build bridges between institutions and citizens, the communication that is established is bidirectional and helps us to understand the complex world of the European institutions and how it affects us in our daily lives,” argues Irene.

Irene Barahona puts the spotlight on the future of young Europeans and encourages them to take part in the Week of the Regions, an event that aims to create a pluralistic environment for debate on EU policies among professionals from different sectors.