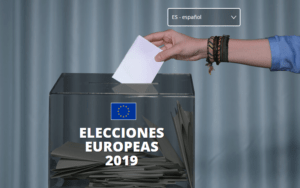 The European Parliament’s Spring 2019 Eurobarometer, measuring public attitudes to the EU three months ahead of the European elections, reveals that despite the various internal and external challenges to the EU of the past years, the European sense of togetherness does not seem to have weakened. Continued support for EU membership goes with a strong belief (68%) that EU countries overall have benefited from being part of the EU – equalling the highest level recorded since 1983.

In addition, 61% of respondents say their country’s EU membership is a good thing. This approval rate also matches a record peak measured in Parliament’s last Eurobarometer study six months ago and previously only recorded at this level after the fall of the Berlin Wall in 1989.

Citizens’ feelings of uncertainty, partly due to the challenges experienced within the EU over the past years, have changed, as seen in the 27% of Europeans now considering that the EU is ‘neither a good thing nor a bad thing’, with an increase registered in 19 countries. Moreover, 50% of EU respondents on average, feel things are not going in the right direction either in the EU or in their own country. Nevertheless, half of respondents (51%) believe their voice does count in the EU.

Yet when it comes to making their voices count, in elections to the European Parliament, in February only a third of Europeans knew that the ballot will take place in May and only 5% could cite the exact dates. 35% of respondents indicated they would almost certainly vote and an additional 32% are still undecided.

Citizens’ campaign priorities have further evolved over the past six-month period. Economy and growth (50%) and youth unemployment (49%) now top the agenda, followed by immigration (44%) and climate change (43%), whilst combatting terrorism moves down to fifth place with 41%. 54% of respondents would also like to see the European Parliament’s role strengthened in the future, with a view to tackling these cross-border issues.

Background to the survey

The fieldwork of this survey was carried out from 19 February to 4 March 2019 among 27 973 Europeans, drawn as a representative sample from the general population aged 15 or over. Following the political context at the time of writing, EU average figures were calculated for 27 Member States, with results for the UK being shown in addition.