New applications for cryptocurrencies and blockchains in the social economy

Originally associated with cryptocurrencies, blockchains and distributed general ledger (DLT) technology are, in fact, very versatile and can be usefully applied to the social economy. However, it is important to regulate them properly and to guide them so that they benefit everyone and allow everyone to participate, says the EESC in a new report. 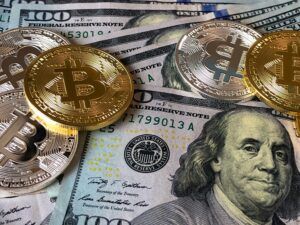 While the large-scale use of these technologies is linked to the spread of crypto coins, especially Bitcoin, it is undeniable that they also have social, cultural, political and economic potential.

The European Economic and Social Committee (EESC) has drawn up a long list of possible applications for the block chain and DLT that may be of great interest to social economy enterprises, among them:

However, the enormous potential of the new digital technologies, together with the considerable investments required, also exposes the technology of the blockchains to the risk of concentration, of data and technology networks being subject to speculation and hoarding in the hands of the few agents or countries capable of making large investments, warns the EESC.

“We do not want to see a digital divide that creates more inequality and injustice. We do not want to see a new elite of people who are familiar with new technologies and who end up excluding others from the economy and the market. It is important that there are public measures to support the development of these technologies in a participatory and accessible way. And the involvement of civil society is imperative to ensure that democratic potential is not lost”, underlines the EESC.

EU regulation makes sense because this technology uses chains that can be created regardless of national borders. The EU must therefore be involved in this sector and coordinate its efforts, says the EESC. The large investments needed require coordinated and structured European action.

Blockchain technology is an IT protocol dating back to the 1990s, whose development is linked to cryptocurrencies. It is both a code and a public register in which all transactions between participants in a network are recorded one after the other, with a high degree of transparency and in a way that cannot be altered. Each participant is a link in the chain, helping to validate and store the data that is being exchanged. This should make the data processing secure and help build mutual trust between blockchain participants. Blockchain is therefore an attractive tool for redefining security in digital transactions.

Blockchain and the EU Single Market: what next? (own-initiative opinion)