The European Commission published the reports and analysis of the progress made in April 2019 by Facebook, Google and Twitter to fight disinformation. The three online platforms are signatories to the Code of Practice against disinformation and have committed to report monthly on measures taken ahead of the European Parliament elections in May 2019.

Main outcome of the reports:

The monthly reporting cycle builds on the Code of Practice, and is part of the Action Plan against disinformation that the European Union adopted last December to build up capabilities and strengthen cooperation between Member States and EU institutions to proactively address the threats posed by disinformation.

The Code of Practice goes hand-in-hand with the Recommendation included in the election package announced by President Juncker in the 2018 State of the Union Address to ensure free, fair and secure European Parliament elections. The measures include greater transparency in online political advertisements and the possibility to impose sanctions for the illegal use of personal data to deliberately influence the outcome of the European elections. Member States were also advised to set up a national election cooperation network of relevant authorities – such as electoral, cybersecurity, data protection and law enforcement authorities – and to appoint a contact point to participate in a European-level election cooperation network. The first meeting at the European level took place on 21 January 2019, the second one on 27 February, and the third on 4 April.

Realted factsheet: The EU steps up action against disinformation

April reports on the implementation of the Code of Practice 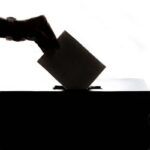 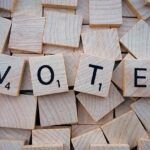