Racism has no place in the EU, said MEPs in a debate on police violence and discrimination following massive anti-racism protests in the US and across the EU. 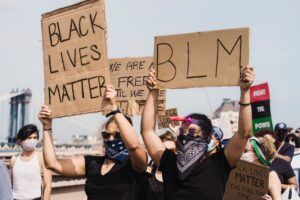 On Wednesday 17 June MEPs debated racism, discrimination and police violence, often faced by minorities such as those of African descent, with Council and Commission representatives.

At the opening of the plenary session, Parliament held a minute of silence for George Floyd before President David Sassoli gave the floor to a black MEP Pierrette Herzberger-Fofana (Greens/EFA, Germany). She gave an account of her own experience with police brutality in Belgium when she took photos of police officers during an incident with two young black people at Brussels’ North Station. “I think we have to take a lot of measures to protect a lot of people who are not here and have not been able to escape police violence,” she said.

Acknowledging the existence of racism in Europe, Commission President Ursula von der Leyen said, “We relentlessly need to fight racism and discrimination – visible discrimination, of course, but also more subtle – in the justice system and law enforcement, in our labour market and the housing market, in education and health care, in politics and migration.”

Hermann Tertsch (ECR, Spain) said that in the current debate on racism, the focus has largely been the on the US, who are seen as the bad guys, even though racism and hate also exists in Europe.

Alice Kuhnke (Greens/EFA, Sweden) agreed: “We need to send a strong signal to the US but also to clean our own house. This Parliament and the Commission will define how the EU steps up to create a sustainable society that leaves no-one behind. There can be no room for racism and discrimination.” 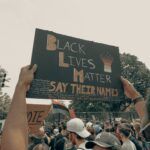