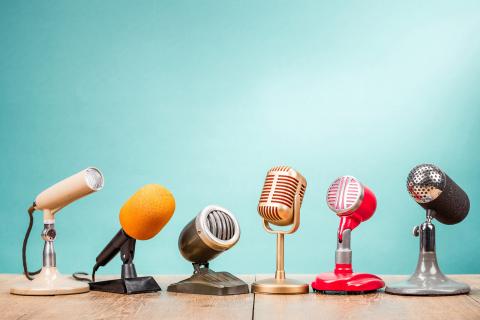 The Commission has published an open public consultation on the upcoming European Media Freedom Act, a landmark initiative announced by President von der Leyen in her 2021 State of the Union address to safeguard the pluralism and independence of the media in the EU internal market. This follows a call for evidence published on 21 December 2021 outlining the main aims of the initiative, possible options and impacts.

Vice-President for Values and Transparency, Věra Jourová, said: “Media are a pillar of democracy. But today this pillar is cracking, with attempts by governments and private groups to put pressure on the media. This is why the Commission will propose common rules and safeguards to protect the independence and the pluralism of the media. Journalists should be able to do their work, inform citizens and hold power to account without fear or favour. We are now consulting broadly to come with the best proposal.”

Commissioner for Internal Market, Thierry Breton added: “We must make sure that European media remains independent, innovative and sustainable, and operate without any unjustified interference in their activities, be it private or public. Today we launch our consultation on the upcoming Media Freedom Act: we want to hear your views and explore your solutions for a resilient media market, which delivers diverse and reliable information to citizens.”

The consultation intends to collect views on the most important issues affecting the functioning of the internal media market, including different types of interference in media, as well as economic trends. It covers three main areas pertaining to media markets, the first one focuses on transparency and independence (e.g. scrutiny of media market transactions, transparency of media ownership and audience measurement), the second on conditions for their healthy functioning (e.g. exposure of the public to a plurality of views, media innovation in the EU market) and the third one on fair allocation of state resources (e.g. independence of public service media, transparency and fair distribution of state advertising). Feedback is also expected on the underpinning governance options for the Act that could build on the European Regulators’ Group for Audiovisual Media Services (ERGA).

The proposal is set to be presented by the Commission in the third quarter of 2022. The open public consultation seeks to gather views, evidence and data from citizens, in particular journalists, media (both private and public service media), academics, civil society, public authorities, businesses and all interested parties to help the Commission to shape these new rules. Input can be provided until 21 March 2022 on the Have your say portal.

The European Media Freedom Act is planned for adoption in the third quarter of 2022, as stated in the 2022 Commission Work Programme. It will build on the revised Audiovisual Media Services Directive, which lays down rules for the independence of media regulators, promotes transparency of media ownership and recognises that editorial decisions should be free from interference. The initiative will focus on eliminating barriers to the establishment and operation of media services and will aim to establish a common framework for advancing the internal market in the media sector, in view of safeguarding media freedom and pluralism in that market. It will be coherent with the EU’s efforts in promoting democratic participation, fighting disinformation and supporting media freedom and pluralism as set out in the European Democracy Action Plan.

In particular, it will complement the recently adopted Recommendation on the protection, safety and empowerment of journalists, the proposed Digital Services Act package and the upcoming initiative to protect journalists and rights defenders from abusive litigation (SLAPP). The European Media Freedom Act will also go hand in hand with actions related to viability, resilience and digital transformation of the media sector, carried out under the Media and Audiovisual Action Plan.

How many people verified online information in 2021?

Disinformation affecting the EU: Tackled but not tamed. Special report No 09, 2021