How many people verified online information in 2021? 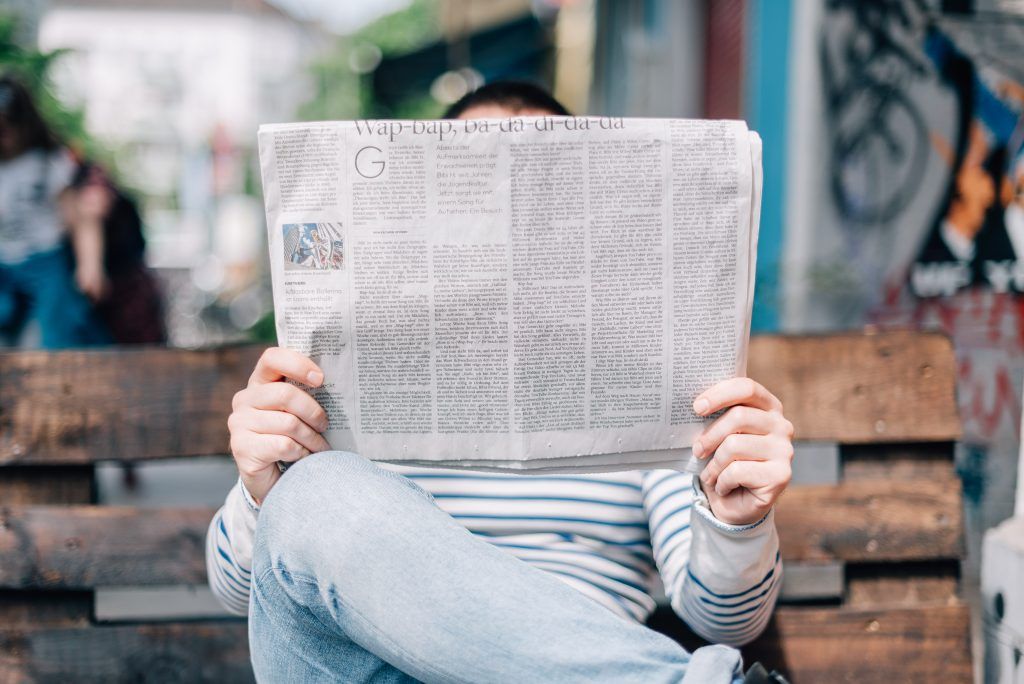 In 2021, 47% of all people aged 16-74 years in the EU saw untrue or doubtful information on news websites or social media during the 3 months prior to the survey. However, only around a quarter (23%) of people verified the truthfulness of the information or content.

This information comes from data on ICT usage in households and by individuals published by Eurostat today. Other interesting findings can be found in the more detailed Statistics Explained article. 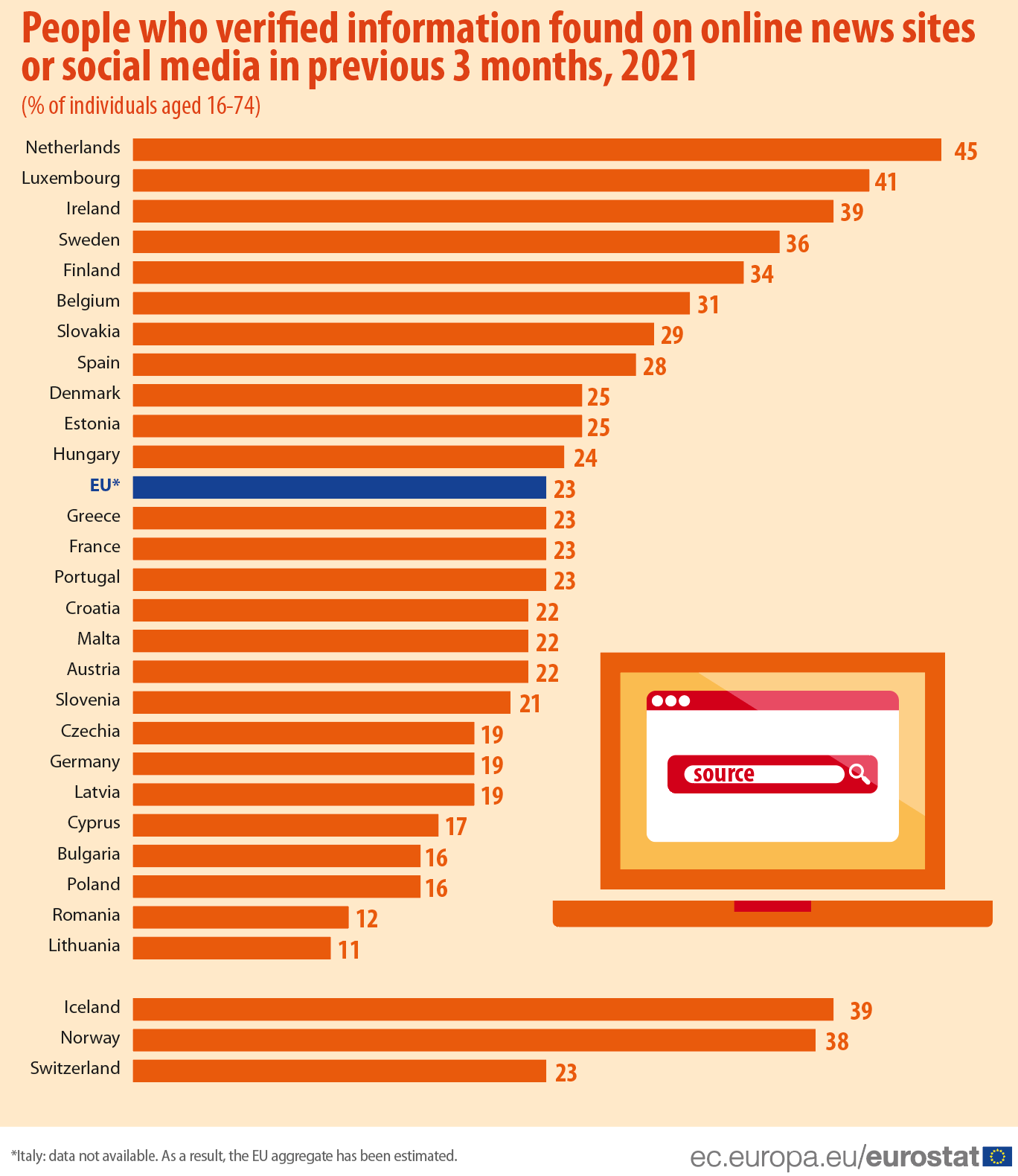 The share of people aged 16-74 years old who verified information found on online news sites or social media in the previous 3 months was largest in the Netherlands (45%), followed by Luxembourg (41%) and Ireland (39%). However, the smallest share was recorded in Lithuania (11%), followed by Romania (12%) and Poland (16%).

This article presents recent statistical data on several different aspects of the digital economy and society in the European Union (EU), focusing on the availability of information and communication technologies (ICTs) and their use by individuals and within households.

ICTs affect people’s everyday lives in many ways, both at work and in the home, for example, when communicating or buying goods or services online. EU policies range from regulating entire areas such as e-commerce to trying to protect an individual’s privacy. The development of the information society is therefore regarded by many as critical for providing the necessary conditions to promote a modern and competitive economy.

ICTs have become widely available to the general public, both in terms of accessibility as well as cost. A boundary was crossed in 2007, when a majority (53 %) of households in the EU-27 had internet access. This proportion continued to increase, passing three quarters in 2012 and four fifths in 2014. By 2021, the share of EU households with internet access had risen to 92 %, some 20 percentage points higher than in 2011.

Widespread and affordable broadband access is one of the means of promoting a knowledge-based and informed society. Broadband was by far the most common form of internet access in all EU Member States: it was used by 90 % of the households in the EU in 2021, 25 percentage points higher than the share recorded in 2011 (65 %). 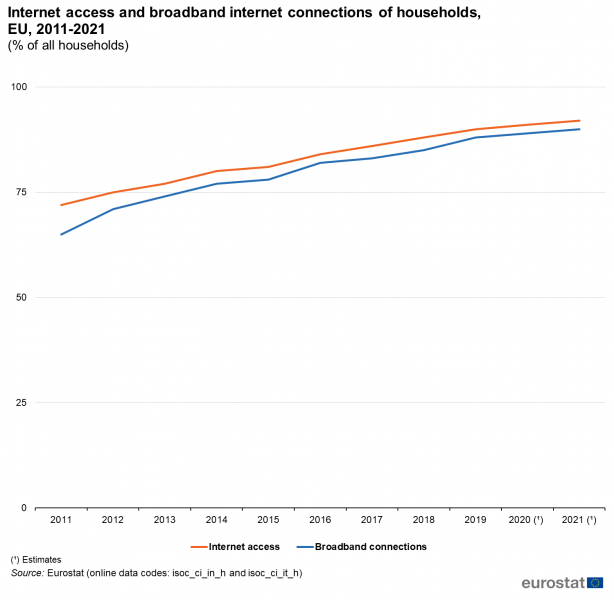 As of the beginning of 2021, almost nine out of ten (89 %) individuals in the EU, aged between 16 and 74 years, used the internet (at least once within the three months prior to the survey date). This share was at least 95 % in six countries, with the highest values recorded in Denmark, Ireland and Luxembourg (all 99 %), followed by Finland and Sweden (both 97 %). The lowest share was recorded in Bulgaria (75 %).

The proportion of the EU’s population that had never used the internet was 8 % in 2021 (one percentage point lower than the year before), with this share falling to around one third of its level in 2011 (when it had stood at 26 %).

Ordering or buying goods and services