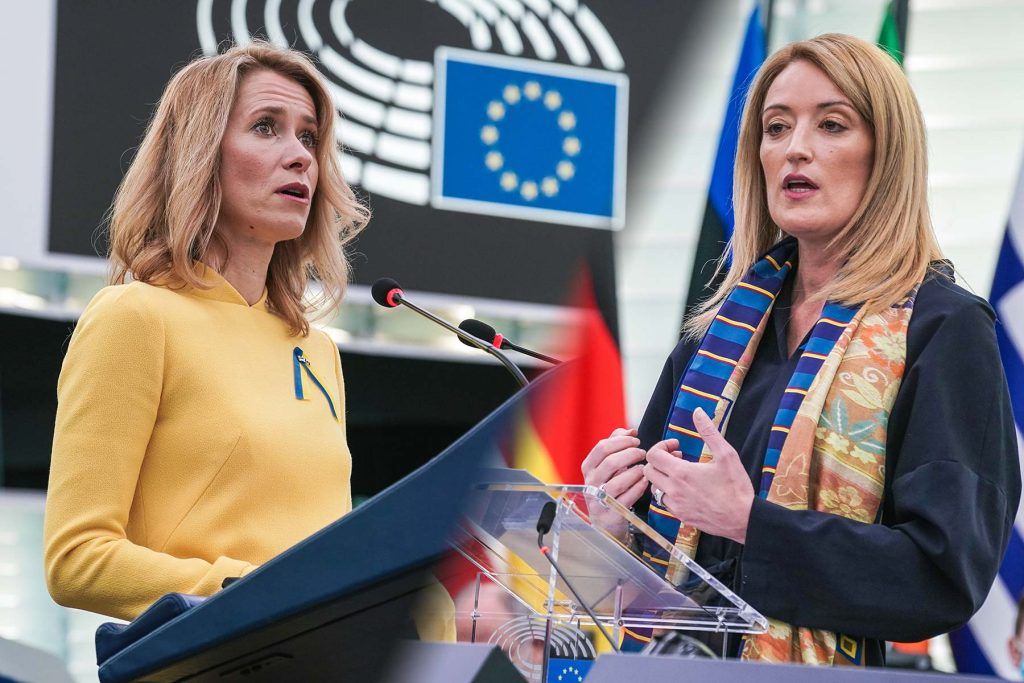 Opening the debate, Parliament President Roberta Metsola said: “We need to re-assess the European Union’s role in this new world. We need to boost our investment in defence and innovative technologies. This is the time for us to take decisive steps to ensure the security of all Europeans. The time to build a real security and defence union and reduce our dependencies on the Kremlin.”

In the wake of the invasion of Ukraine and as prime minister of a country sharing a nearly 300km border with Russia, Kallas called for increased EU defence, decreased energy dependence and emphasised the importance of the Nato alliance. She also talked about the importance of the future of Ukraine: “It is in our interest that Ukraine becomes more stable, more prosperous and is solidly founded on the rule of law. (…) But it’s not only in our interest to give Ukraine a membership perspective, it is also our moral duty to do so. Ukraine is not fighting for Ukraine, it’s also fighting for Europe.”

She addressed Russian citizens directly, assuring them that EU is not acting against them and the measures are intended to isolate President Vladimir Putin and his government. “We continue to hope for a stable and democratic Russia that is respectful of its neighbours and is governed by a rule of law.”

Josep Borrell, the EU’s foreign affairs chief, said that we have entered a new era and that the consequences of this war would be shaping European policies for years and decades to come. “Defending our liberal values will not be possible unless there is a political commitment and citizens willing to pay a price for this. It would be empty words, unless we are willing to act, to be more united, to be more coordinated and to pay the inevitable price that any kind of structural change will bring.”

Arnaud Danjean (EPP, France) called on EU countries to act in unison: “The Russian invasion of Ukraine is the start of a new era and Europe has to draw the necessary conclusions. What does this mean in practice? (…) We have instruments at our disposal that just need to be used. What we have lacked are not tools and instruments. No, what we’ve lacked is unanimous, political will from our member states.”

Nathalie Loiseau (Renew Europe, France) said that the action taken so far is insufficient. “We see that this is not enough. We need to do more to defend the Ukrainian people and to defend ourselves. We need to use less Russian oil and gas. We need to provide more weapons to Ukraine. (…) We need to protect ourselves by making significant efforts to improve our defence spending.”

Iratxe García Pérez (Spain, S&D) said: “We should never again sacrifice human rights for gas” and underlined the need for better energy infrastructure. Turning to refugees, she said that the EU needs a roadmap to correct the mistakes made in the refugee crisis of 2015: “Now we have to agree on a fair distribution of refugees and establish a proper mechanism for reception. This is an opportunity to design a new migration policy which is based, this time, on responsibility and solidarity.”

Ska Keller (Greens/EFA, Germany) said that Putin is waging war against Europe as a whole; against democracy, rule of law and freedoms which are universal values. “As a European Union, as a Union built for peace, we must act for European security.”

Anna Fotyga (ECR, Poland) agreed, noting that Ukrainians are fighting a just war as they defend their territory, their families and innocent civilians against war crimes and crimes against humanity. “The future security of our continent, and probably global security, very much depends on the result of this war. We have to do our utmost to stop it.”

Calling for more military aid to Ukraine, Jaak Madison (ID, Estonia) said : “The sooner that we end the war in Ukraine, the sooner that Russia will be back in their own territory, the sooner those refugees [..] can go back to their homes.”

However, Martin Schirdewan (The Left, Germany) said that the use of military force is not the solution to this conflict: “If we want to offer our children a peaceful future, we have to take concrete steps to disarm and to strengthen international organisations; to put an end to weapons of mass destruction. And we will have to work on a security architecture that is based on international law and that allows for conflicts to be resolved peacefully through diplomacy:”

Ukraine: EU steps up solidarity with those fleeing war 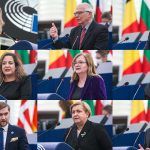