In its conclusions, the Council condemns Russia’s continued aggressive actions and threats against Ukraine, and it calls on Russia to de-escalate, abide by international law and engage constructively in dialogue through the established international mechanisms. As stated by the EU heads of state and government at the European Council meeting in December 2021, any further military aggression by Russia against Ukraine will have massive consequences and severe costs.

The EU confirms its unwavering support for the independence, sovereignty and territorial integrity of Ukraine and other Eastern Neighbourhood partners within their internationally recognised borders, and it calls on Russia to re-engage constructively in existing international frameworks for the sustainable and peaceful resolution of conflicts.

The Council reaffirms the united approach of the EU and the ongoing strong cooperation and coordination with the United States, NATO, Ukraine and other partner countries. It reiterates the importance of further strengthening the resilience and response capabilities of the EU and its close partners, including in countering cyber and hybrid attacks, foreign information manipulation and interference, including disinformation. 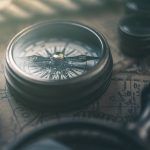