The EU wants a just energy transition. Find out how the Social Climate Fund aims to help those who are most exposed to energy poverty. 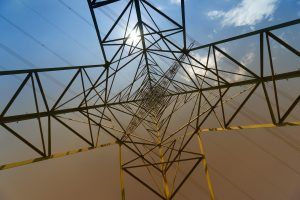 As part of its efforts to achieve carbon neutrality by 2050, the EU plans to introduce further requirements for reducing emissions in construction and transport. The new rules will stimulate Europeans and businesses to invest in alternative energy sources, better isolation and clean transport.

In order to support vulnerable households and small business in this energy  transition, the European Commission proposed creating a Social Climate Fund with a budget of €72 billion for 2025-2032. The establishment of the fund is part of the Fit for 55 legislative package, which aims to achieve the objectives of the European Green Deal.

Parliament is expected to adopt its position during the plenary session at the beginning of June, which would allow it to start negotiating the final text with the Council.

The proposal, jointly drafted by Parliament’s environment and employment and social affairs committees, aims to establish common definitions across the EU for energy poverty and mobility poverty.

Parliament seeks a specific focus on challenges faced by islands, mountainous regions and less-developed and remote areas. It will also ask to block access to the fund for countries that do not respect fundamental rights or the rule of law.

How can the Social Climate Fund help you?

The Social Climate Fund should finance concrete measures to address energy and mobility poverty, both in the short and in the longer term, including: