An emphasis on reducing the environmental impact of aircraft means EU-funded scientists have been researching ways to reduce drag using an aircraft’s small, active components to make them more energy-efficient and reduce emissions. 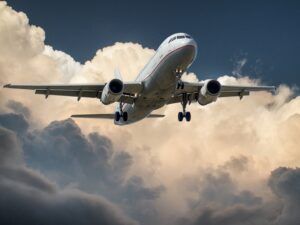 Reductions in carbon dioxide and nitrogen oxide emissions from aircraft are directly related to an aircraft’s fuel burn, drag and aircraft weight. So reducing surface drag – which impedes forward movement during flight – will help reduce the environmental impacts of harmful emissions.

“It is not just the shape of the airframe but also some devices which act on the flow field that determines drag,” says DRAGY project coordinator Gabriel Bugeda, Professor of Civil and Environmental Engineering at the International Centre for Numerical Methods in Engineering (CIMNE), at the Technical University of Catalunya (UPC), in Barcelona, Spain.

Riblets, and other devices such as plasma actuators, where a small amount of air is injected into the flow field using plasma devices, can reduce drag. “These are the two most promising devices,” says Bugeda, adding that pulse jets, which inject a specific amount of fluid in a pulsating action rather than steady stream, and rotating discs, to inject additional momentum of fluid, also have potential.

“We arrived at the conclusion that some of these devices can produce up to 40 % surface drag reduction – so this is new – but it is still at a very low level of technological development,” notes Bugeda.

Nonetheless, with fuel costs at least 30 % of a commercial aircraft’s operating costs, it could represent a significant saving. But there is also a payoff because: “These devices have some weight and need some energy to work and we have not yet evaluated the ‘cost’ of these, but it is nonetheless a significant finding.”

Scaling up is still a major challenge. Bugeda notes. “It is not easy to extrapolate the results of these [laboratory scale] experiments to real-sized aircraft.”

As the project is a collaboration between European institutions and China, with the costs in China covered by the Ministry of Industry and Information Technology in Beijing, the project was able to take advantage of large-scale experimental facilities at Zhejiang University, Northwestern Polytechnical University, Peking University and Beijing University of Aeronautics and Astronautics.

For the numerical analysis, the main difficulty is the amount of computer power needed, Bugeda explains. “It is not yet market ready,” Bugeda says, noting that future collaboration projects would further develop such technologies for use in real aircraft.