Stem cells can play a critical role in breast cancer relapses, EU-funded researchers have found. By understanding the molecular characteristics of these stem cells, the BRECASTEM project hopes to advance new treatments and more targeted therapies – and ultimately save lives. 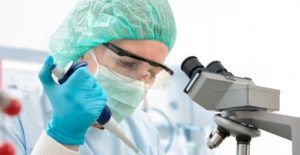 The cells in our body are constantly being replaced. This requires new cells to be continually produced, just to maintain equilibrium. “It’s a bit like having a car – once a component wears out, it needs to be replaced,” explains BRECASTEM (Functional and Molecular Characterisation of Breast Cancer Stem Cells) project coordinator Dr Axel Behrens from the Francis Crick Institute in the UK.

These new cells are produced by stem cells. Unlike the ‘working’ cells in our skin or hair that are constantly being shed and replaced, stem cells can live for years. It is this property that makes them more likely to give rise to a tumour, as cancerous ‘working cells’ generally don’t stick around long enough to spread.

The BRECASTEM project focused on Lgr6-positive cells, a very specific stem cell population located in the breast. One of the functions of this particular stem cell is to mediate breast expansion after pregnancy. Scientists at the Francis Crick Institute recently confirmed that a tumour-inducing genetic change occurring in these cells can lead to a particular form of breast cancer.

“Chemotherapy will help to shrink the tumour, but there is also a risk that after therapy the tumour will grow back again,” says Dr Behrens. From this basic understanding, the project team worked to characterise the molecular differences between cancer stem cells and non-stem cells. The project confirmed a conceptual similarity between how a normal organ is built and how a tumour is built. In both, stem cells and ‘working’ cells play a role.

“This is one of the first times that scientists have demonstrated that there is indeed a small sub-population of cells within the tumour that can be linked to post-chemo relapse. It is these cancer stem cells that initiate the relapse,” Dr Behrens adds.

Dr Behrens acknowledges that there is ongoing scientific debate on this issue but is confident that the findings of the BRECASTEM project represent an important step forward. “The first step towards finding a cure is understanding how relapses are caused. Now we have a better picture of how this happens, we can work on ways of getting rid of these malignant stem cells and making a relapse far less likely,” Dr Behrens says.

In getting to that place, Dr Behrens believes that collaborations such as the BRECASTEM project will be critical and adds that there is a growing realisation that every tumour is different. Tumours can be classified into groups, but this does not necessarily mean that they can be treated the same.

It is expected that the findings of the BRECASTEM project will feed into further research towards the development of stem cell therapies for specific cancers. “Given the usual timeline of clinical development, this is something that will take years. But I do predict that there will eventually be drugs that are aimed at eradicating cancer stem cells,” concludes Dr Behrens. This research was undertaken with the support of the Marie Skłodowska-Curie programme.