The stark rise in the production of synthetic drugs such as (meth-)amphetamines poses increasing challenges for prosecutors across Europe. By rapidly changing the composition of chemicals used for these drugs – as, for instance, red phosphorus, MAPA and APAA – or creating new substances, producers try to exploit legal gaps and avoid prosecution.

Also, due to legal uncertainties, it is often difficult to prove suppliers are deliberately selling illegal drugs or substances. 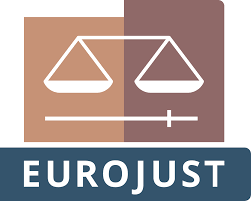 Furthermore, the sale of synthetic drugs via online marketplaces, particularly on the darknet, is an obstacle for prosecutions and seriously harms public health. These are some of the main conclusions of the new Eurojust Report on Drug Trafficking. Illicit drug trafficking across the EU is generally growing strongly, with an estimated value of at least EUR 30 billion.

Drug trafficking continues to rise and is a major challenge for our societies. Eurojust is fully committed to tackle this kind of ‘octupus’ style crime, which threatens both public health and that of individual citizens, our security and the economic fabric of society due to the enormous proceeds of these criminal activities. We stand ready to offer Member States our support to counter criminal networks, international brokers and professional money launderers.’, said Mr Filippo Spiezia, Chairperson of the Anti-Trafficking Team and National Member for Italy at Eurojust.

The report provides an overview of complex cross-border drug trafficking cases referred to Eurojust between 1 January 2017 and 31 December 2020. The total number of cases opened at the Agency nearly doubled to 562 between 2016 and 2020, with synthetic and other, new drugs taking up almost one-third of them. 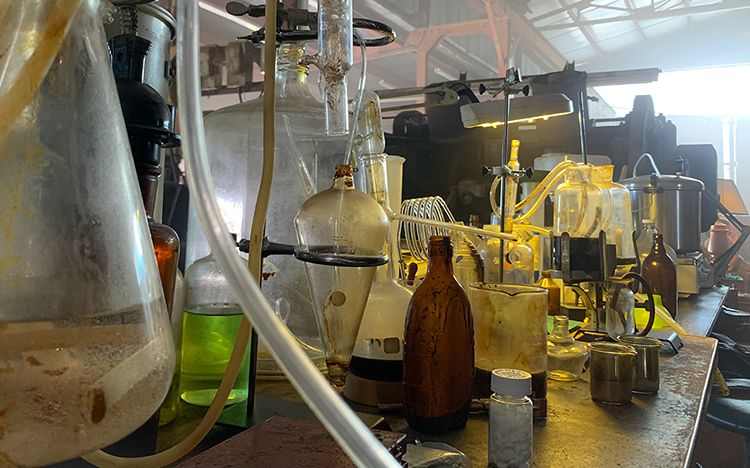 Prosecutors face the challenge of proving that producers knowingly use certain illegal and even legal quantities of precursors for these narcotics, or so-called new psychoactive substances (NPS).

Establishing the quantities used for certain substances is difficult and their composition is regularly modified slightly. Suppliers of synthetic drugs narrowly follow national legislation and use small modifications to create a new NPS, exploiting legal gaps to avoid prosecution.

‘National authorities involved in specific cross-border drug trafficking cases should, as early as possible, contact their respective National Members at Eurojust and obtain its support throughout the different stages of their criminal investigations. Our experience shows that in drug trafficking cases, early involvement of Eurojust is crucial.’, stated Mr Boštjan Lamešić, Chairperson of the Drugs Team and Deputy National Member for Slovenia at Eurojust.

Legal regulations for the use of NPS and precursors vary from Member State to Member State, as no harmonisation has been implemented yet. Cross-border investigations remain cumbersome when some countries have regulations in criminal or narcotics laws, whereas others only apply administrative regulations, creating problems with taking cases to justice. 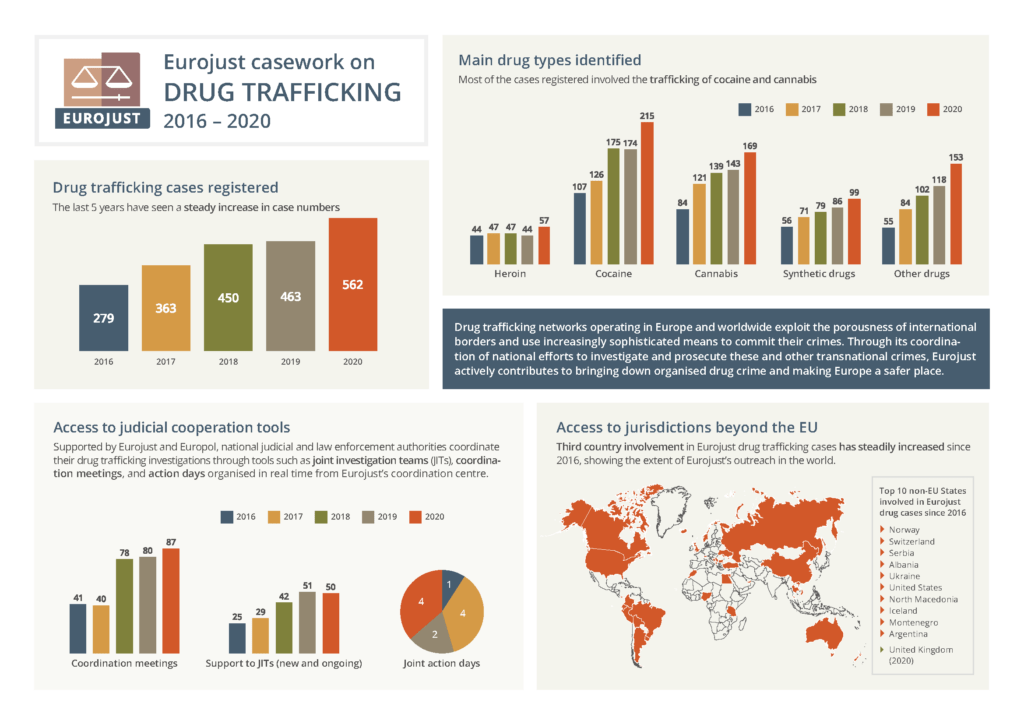 This phenomenon has increased due to the COVID-19 pandemic, with organised crime groups (OCGs) adapting quickly to an online environment, using secured communication channels, crypto-phones, cryptocurrencies and darknet markets.

The use of encrypted communication channels was already countered with a major operation last year, with Eurojust supporting investigations in the EncroChat case.

With regard to drugs trafficking, customers are also shifting to the darknet, paying cryptocurrencies and receiving their delivery via postal package to an anonymised postbox.

Drug trafficking, in general, remains a highly lucrative market worldwide, with an estimated value of at least EUR 30 billion per year in the EU alone. The overall impact on societies has dramatic consequences for healthcare, governance, economies and other indirectly affected areas.

The importance of countering drug trafficking is underpinned by the new EU Strategy to Tackle Organised Crime, as adopted last week by the European Commission.