By resolutions adopted in August 2018, the National Council of the Judiciary, decided not to present to the President of the Republic of Poland proposals for the appointment of five persons to positions as judges at the Supreme Court and to propose other candidates for those positions. The appellants lodged appeals against these resolutions before the Supreme Administrative Court, the referring court. Such appeals were governed at that time by the Law on the National Council of the Judiciary, as amended by a law of July 2018. 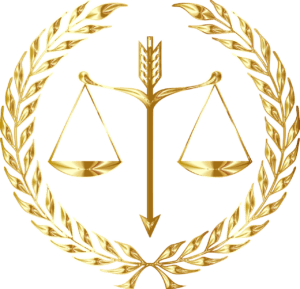 Under those rules, it was provided that unless all the participants in a procedure for appointment to a position as judge at the Supreme Court challenged the relevant resolution of the KRS, that resolution became final with respect to the candidate presented for that position

In its initial request for a preliminary ruling, the referring court, taking the view that such rules preclude in practice any effectiveness of the appeal lodged by a participant who has not been proposed for appointment, decided to refer questions to the Court on whether those rules comply with EU law.

After that initial referral, the Law on the KRS was once again amended, in 2019. Pursuant to that reform, it became impossible to lodge appeals against decisions of the KRS concerning the proposal or non-proposal of candidates for appointment to judicial positions of the Supreme Court. Accordingly, in its complementary request for a preliminary ruling, the referring court referred a question to the Court for a preliminary ruling on whether those new rules are compatible with EU law

Where an infringement has been proved, the principle of the primacy of EU law requires the national court to disapply such amendments

The Court, sitting as the Grand Chamber, holds, first of all, that both the system of cooperation between the national courts and the Court of Justice established in Article 267 TFEU and the principle of sincere cooperation laid down in Article4 TEU preclude legislative amendments, such as those where it is apparent that they have had the specific effects of preventing the Court from ruling on questions referred for a preliminary ruling.

Lastly, the Court specifies that, if the referring court reaches the conclusion that the 2018 legislative amendments infringe EU law, it will be for that court, under the principle of the primacy of that law, to disapply those amendments and to apply instead the national provisions previously in force while itself exercising the review envisaged by those latter provisions.