On 13 May 2020, Finland notified the Commission of an aid measure in the form of a State guarantee in favour of the Finnish airline, Finnair Plc, aimed at helping the latter obtain a loan of €600 million from a pension fund to cover its working capital needs. The guarantee, which was supposed to cover 90% of that loan, was limited to a maximum duration of three years and could be relied uponin the event of Finnair’s default with regard to the pension fund. 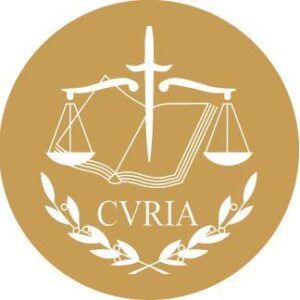 Referring to its communication on the Temporary Framework for State aid measures to support the economy in the current COVID-19 outbreak, the Commission classified the guarantee granted to Finnair as State aid which is compatible with the internal market in accordance with Article 107(3)(b) TFEU.

Under that provision, aid intended to remedy a serious disturbance in the economy of a Member State may, under certain circumstances, be considered to be compatible with the internal market.The airline Ryanair brought an action for annulment of the Commission’s decision, which was nevertheless rejected by the Tenth Chamber (Extended Composition) of the General Court of the European Union. In that context, the Commission examines, for the first time, the legality of individual State aid adopted to address the consequences of the Covid-19 pandemic in the light of Article 107(3)(b) TFEU.

Assessment of the General Court

In the first place, the General Court analyses the legality of the contested decision in the light of Article 107(3)(b) TFEU.With regard, first,to the complaints that aid benefiting a single individual undertaking could not remedy a serious disturbance in the economy of a Member State within the meaning of Article 107(3)(b) TFEU,the General Court points out, first of all, that that provision applies both to aid schemes and to individual aid.

Thus, individual aid may be declared to be compatible with the internal market if it is a necessary, appropriate and proportionate measure for remedying a serious disturbance in the economy of the Member State concerned.

The General Court’s conclusion is based on the fact that Finnair:

–is the main air cargo operator in Finland, serves the needs of a number of companies located in Finland, both for the export and import of goods, and has an extensive Asian network;

–makes significant efforts in respect of research in Finland and is the 16th largest company in Finland in terms of its contribution to that country’s GDP.

Arguing that such aid is contrary to the principle of non-discrimination would, in essence, amount to calling into question systematically the compatibility with the internal market of any individual aid, when EU law allows Member States to grant such aid in accordance with the conditions laid down in Article107 TFEU.

According to the General Court, the arrangements for providing Finnair with the guarantee are capable of attaining the objective envisaged, since the existence of a serious disturbance in the Finnish economy as a result of the Covid-19 pandemic and the significant adverse effectsof that pandemic on the Finnish air transport market have been established to the requisite legal standard.

In the third place, as regards the complaints alleging infringement of the freedom to provide services and the freedom of establishment, the General Court finds that Ryanair has not established how the exclusive nature of the grant of the State guarantee is capable of dissuading it from establishing itself in Finlandor from providing services to and from Finland.

The General Court states that Ryanair has failed to identify the factual or legal elements which would cause the individual aid at issue to produce restrictive effects which go beyond those which trigger the prohibition in Article 107(1) TFEU, but which are nevertheless necessary and proportionate to remedy the serious disturbance in the Finnisheconomy caused by the Covid-19 pandemic, in accordance with the requirements of Article 107(3)(b) TFEU.