Inicio » EU News » Agriculture, Livestock Farming and Fisheries » Agricultural Policies » Results of the informal meeting of the Ministers of Agriculture

Agriculture ministers held an extraordinary meeting via videoconference to discuss the risk of significant pressures facing the agriculture and agri-food sectors in the wake of the Ukraine invasion. The aim of the meeting was to share initial information and forecasts on supply and prices, identify issues requiring particular vigilance, and consider measures that could be taken both internally and in terms of international cooperation. 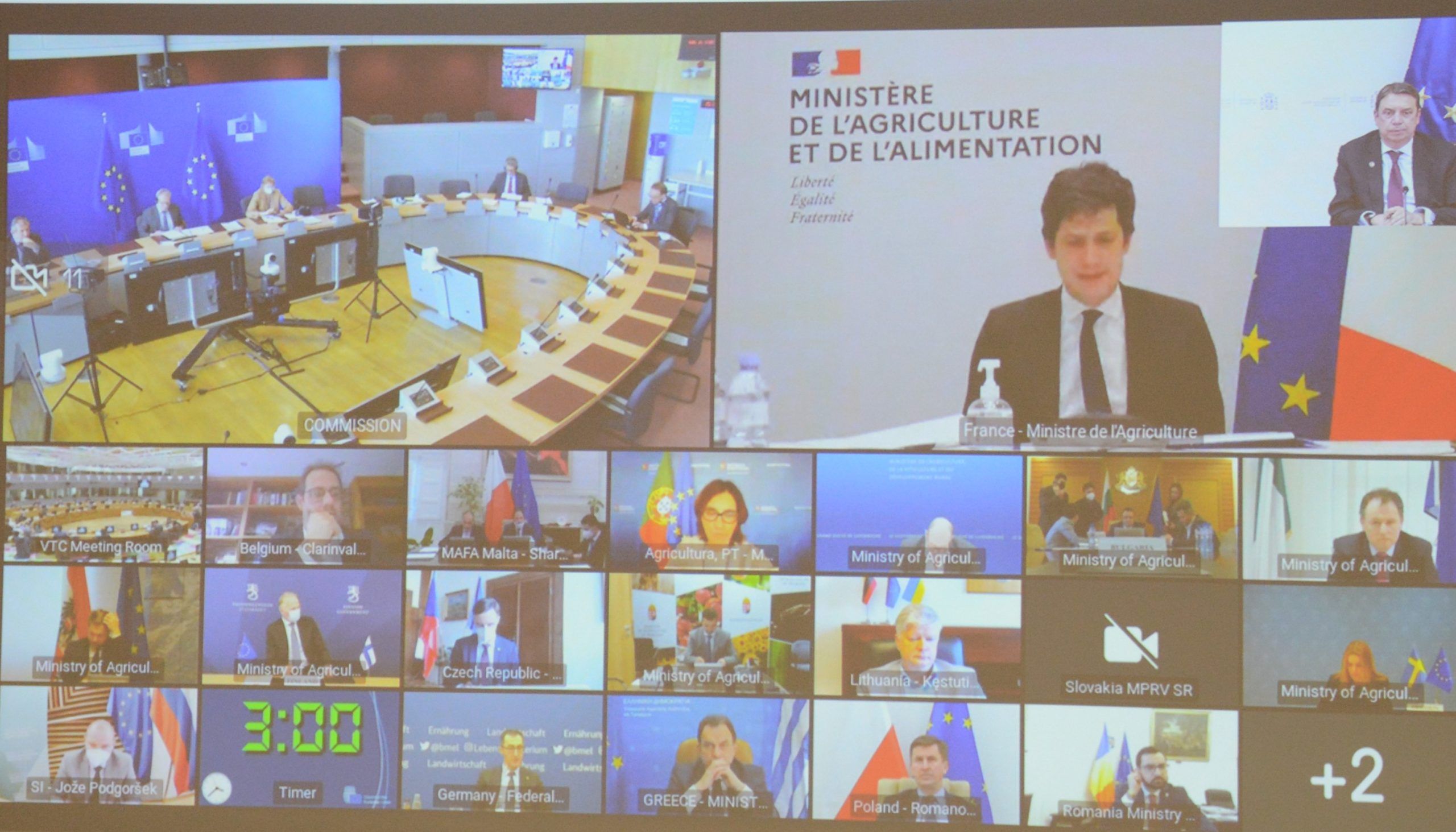 Ministers began by expressing their unanimous solidarity with Ukraine and calling for the necessary food and humanitarian aid to be mobilised.

Following the meeting and the statements by ministers, the EU commissioner for agriculture, Janusz Wojciechowski, expressed his intention to:

Attention was also given to food security in the Mediterranean and in more vulnerable countries. In this regard, ministers stressed the importance of mobilising all relevant international fora, including the OECD, the G20, the G7 and the FAO, to analyse the issue and to consider short- and medium-term responses. Ministers observed in particular that the next meeting of the AMIS Rapid Reaction Forum, a market observatory set up by the G20 in 2011, would provide a state of play of the situation.

The Minister of Agriculture, Fisheries and Food, Luis Planas, has asked the European Commission to adopt urgent measures to ensure the supply in the European market of the products most affected by the war in Ukraine, especially cereals and oilseeds, and said that “not only the prices are of concern, but also the availability of raw materials”.

In his speech, the Minister condemned, as “unjustifiable” and for “attacking democracy and European values”, this warlike action on the part of Russia, while showing his solidarity with the Ukrainian population. He also expressed the need to join efforts to ensure food security for the population of Ukraine.

In the agricultural field, Planas pointed out that this conflict is triggering an increase in the prices of raw materials and uncertainty about their supply, which mainly affect the livestock sector and which are added to the problems arising from the drought in the Iberian Peninsula.

To alleviate this situation, Spain has asked the Commission to activate the mechanisms provided for in the Common Organization of Agricultural Markets (OCMA), to grant support to the most affected sectors.

Faced with a possible prolongation of the conflict, it has expressed the need for the Commission to study measures to adapt the direct aid of the Common Agricultural Policy (CAP) to the new scenario, so that it is possible to increase the availability of areas for the production of cereals and oilseeds.

The Commission, with the support of the Member States, must act quickly to address concerns about the impact on the prices of cereals and oilseeds on international markets, the minister insisted.

He called for “unity of action to join forces” to define a global strategy at the Community level to tackle the situation generated by the war, which has completely paralyzed exports from Ukraine.