The European Commission has today launched a public consultation on its future Action Plan on Organic Farming. 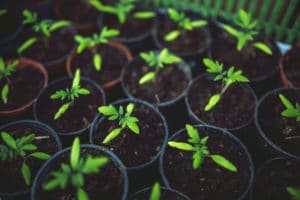 It is a priority for the Commission to ensure that the organic farming sector has the right tools in place as well as a well-functioning and consensual legal framework which is key to achieving the objective of 25% of agricultural land dedicated to organic farming. While the new organic regulation provides a solid basis, secondary legislation still to be adopted needs to be equally resilient. At the request of Member States, the European Parliament, third countries, and other stakeholders, the Commission has therefore proposed today as well to postpone the entry into force of the new organic legislation by one year, from 1 January 2021 to 1 January 2022.

The future Organic Farming Action Plan, due for adoption early in 2021, will be an important instrument to accompany the future growth of the sector. The Commission’s Farm to Fork and Biodiversity Strategies include the target of reaching 25% of agricultural land under organic farming by 2030. To help reach this target, the European Commission is putting in place and making use of key tools:

In addition to these key tools, the current and future Common Agricultural Policy (CAP) will continue to support the further development of organic farming in the EU. For instance, measures under the rural development programmes offer support to farmers who wish to convert to organic farming as well as maintaining this type of agriculture.