The European Commission has today proposed an outline of a plan to make Europe independent from Russian fossil fuels well before 2030, starting with gas, in light of Russia’s invasion of Ukraine.

This plan also outlines a series of measures to respond to rising energy prices in Europe and to replenish gas stocks for next winter. Europe has been facing increased energy prices for several months, but now uncertainty on supply is exacerbating the problem. REPowerEU will seek to diversify gas supplies, speed up the roll-out of renewable gases and replace gas in heating and power generation. This can reduce EU demand for Russian gas by two thirds before the end of the year.

Commission President Ursula von der Leyen said: “We must become independent from Russian oil, coal and gas. We simply cannot rely on a supplier who explicitly threatens us. We need to act now to mitigate the impact of rising energy prices, diversify our gas supply for next winter and accelerate the clean energy transition. The quicker we switch to renewables and hydrogen, combined with more energy efficiency, the quicker we will be truly independent and master our energy system. I will be discussing the Commission’s ideas with European leaders at Versailles later this week, and then working to swiftly implement them with my team.”

Executive Vice-President for the European Green Deal, Frans Timmermans said: “It is time we tackle our vulnerabilities and rapidly become more independent in our energy choices. Let’s dash into renewable energy at lightning speed. Renewables are a cheap, clean, and potentially endless source of energy and instead of funding the fossil fuel industry elsewhere, they create jobs here. Putin’s war in Ukraine demonstrates the urgency of accelerating our clean energy transition.”

Commissioner for Energy, Kadri Simson, said: “Russia’s invasion of Ukraine has aggravated the security of supply situation and driven energy prices to unprecedented levels. For the remaining weeks of this winter, Europe has sufficient amounts of gas, but we need to replenish our reserves urgently for next year. The Commission will therefore propose that by 1 October, gas storage in the EU has to be filled up to at least 90%. We have also outlined price regulation, state aid and tax measures to protect European households and businesses against the impact of the exceptionally high prices.”

The Commission’s ‘Energy Prices Toolbox’ from last October has helped Member States to mitigate the impact of high prices on vulnerable consumers and it remains an important framework for national measures. Today the Commission is presenting Member States with additional guidance, confirming the possibility to regulate prices in exceptional circumstances, and setting out how Member States can redistribute revenue from high energy sector profits and emissions trading to consumers. EU State Aid rules also offer Member States options to provide short-term support to companies affected by high energy prices, and help reduce their exposure to energy price volatility in the medium to long term. Following a consultation on targeted amendments to the Emission Trading System State aid Guidelines, the Commission will also be consulting with Member States on the needs for and scope of a new State aid Temporary Crisis Framework to grant aid to companies affected by the crisis, in particular those facing high energy costs.

The Commission intends to present by April a legislative proposal requiring underground gas storage across the EU to be filled up to at least 90% of its capacity by 1 October each year. The proposal would entail the monitoring and enforcement of filling levels and build in solidarity arrangements between Member States. The Commission continues its investigation into the gas market in response to concerns about potential distortions of competition by operators, notably Gazprom.

To address the skyrocketing energy prices, the Commission will look into all possible options for emergency measures to limit the contagion effect of gas prices in electricity prices, such as temporary price limits. It will also assess options to optimise the electricity market design taking into account the final report of the EU Agency for the Cooperation of Energy Regulators (ACER) and other contributions on benefits and drawbacks of alternative pricing mechanisms to keep electricity affordable, without disrupting supply and further investment in the green transition.

REPowerEU – eliminating our dependence on Russian gas before 2030

Phasing out our dependence on fossil fuels from Russia can be done well before 2030. To do so, the Commission proposes to develop a REPowerEU plan that will increase the resilience of the EU-wide energy system based on two pillars: Diversifying gas supplies, via higher Liquefied Natural Gas (LNG) and pipeline imports from non-Russian suppliers, and larger volumes of biomethane and renewable hydrogen production and imports; and, reducing faster the use of fossil fuels in our homes, buildings, industry, and power system, by boosting energy efficiency, increasing renewables and electrification, and addressing infrastructure bottlenecks.

Full implementation of the Commission’s ‘Fit for 55′ proposals would already reduce our annual fossil gas consumption by 30%, equivalent to 100 billion cubic metres (bcm), by 2030. With the measures in the REPowerEU plan, we could gradually remove at least 155 bcm of fossil gas use, which is equivalent to the volume imported from Russia in 2021. Nearly two thirds of that reduction can be achieved within a year, ending the EU’s overdependence on a single supplier. The Commission proposes to work with Member States to identify the most suitable projects to meet these objectives, building on the extensive work done already on national Recovery and Resilience Plans.

Following the invasion of Ukraine, the case for a rapid clean energy transition has never been stronger and clearer. The EU imports 90% of its gas consumption, with Russia providing around 45% of those imports, in varying levels across Member States. Russia also accounts for around 25% of oil imports and 45% of coal imports.

The Commission’s Energy Prices Toolbox of October 2021 has been helping citizens and businesses to face high energy prices in recent months. 25 Member States have adopted measures in line with the toolbox which are already easing energy bills for over 70 million household customers and several million micro, small and medium-sized enterprises.

The Commission continues to work with neighbours and partners in the Western Balkans, and in the Energy Community, which share the EU’s fossil fuel dependencies and exposure to price hikes, while also having committed to the same long term climate goals. For Ukraine, Moldova and Georgia, the EU stands ready to provide support to ensure reliable and sustainable energy. The ongoing effort to provide for an emergency synchronisation of the Ukrainian and Moldovan electricity grids with the continental European grid is a clear token of this commitment.

“The ITRE Committee backs the initiative to make Europe independent from Russian gas. We need to get rid of suppliers that finance Putin’s war in Ukraine, and we need to do it quickly. Parliament is ready to work as fast as possible on the concrete proposals to come. These measures not only make sense in the context of the Russian aggression of Ukraine, but also in the long term, for our energy transition and growth” said Cristian Buşoi on Tuesday.

“The measures proposed aim to help ensure that households and businesses are protected from supply and price shocks before the next heating season. Member States should now quickly follow up and adopt the necessary measures” he added.

“Diversification is also key to energy security, in terms of suppliers and energy sources. We agree that indigenous generation of low-carbon sources should be increased further, as well as boosting efforts in energy efficiency in all areas of our economy. Parliament is ready to proceed quickly with the proposal allowing for joint procurements of gas and to boost strategic stocks. But we need the Commission to use the appropriate instrument to help us do so. The Amendment to the security of gas supply regulation needs to be a standalone proposal” he added.

“Finally, ITRE is also committed to delivering its share of the “Fit for 55″ package, on renewables, on energy efficiency, on the energy performance of buildings and on the internal gas market package. These will define the future basics of our economy in the next 30 years. The quicker we can move, the better in the long term” M. Buşoi added.

Plenary debate on possible anti-competitive behaviour in the gas market

On Tuesday around 19.15, the European Parliament will also ask the Commission about the findings of its investigation on possible anti-competitive behaviour in the gas market, as laid down in a parliamentary question. In the text, MEPs also ask which concrete market structural changes at EU level could allow member states to protect consumers against the volatility of the international gas market in the future. The debate can be followed here.

MEPs highlight that the surge in gas prices was driven by the global supply and demand dynamics, exacerbated by factors linked to the pandemic and geopolitical tensions, combined with fewer than expected imports in Europe, especially from Russia. This has led to gas storage reaching lower than average levels, and higher energy prices, also resulting in increasing inflation rates across the European Union.

The European Parliament will give its input on the Communication. It will also debate and vote on the legislative proposals to be tabled by April by the European Commission.

The plan proposed by the European Commission on Tuesday outlines a series of measures to respond to rising energy prices in Europe and to replenish gas stocks for next winter. Europe has been facing increased energy prices for several months, but now uncertainty on supply is exacerbating the problem. REPowerEU will seek to diversify gas supplies, speed up the roll-out of renewable gases and replace gas in heating and power generation. This can reduce EU demand for Russian gas by two thirds before the end of the year.

According to the European Commission quarterly gas market report, the share of Russian pipeline gas in EU gas imports was 41 % in the third quarter of 2021. Oil and gas are particularly important for Russia, funding just over a third of its federal budget in 2021 (RUB9.1 billion out of RUB25.3 billion total revenue). 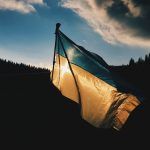