Railway communication in Almeria to be debated in the European Parliament 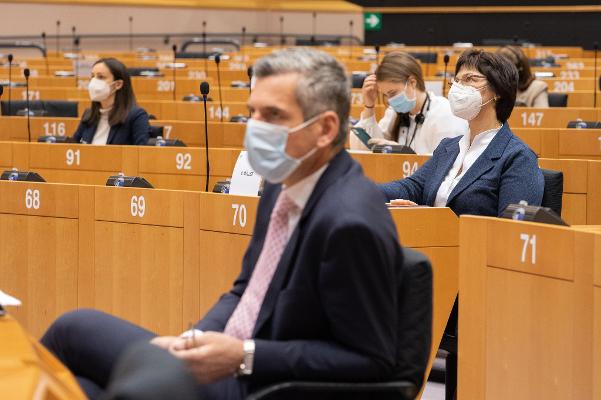 The European Parliament’s Petitions Committee will consider a number of complaints, including two submitted by Spanish petitioners, today Monday 8 November and tomorrow .

At this week’s Petitions Committee meeting, MEPs will consider a number of general complaints they have received from European citizens, including a Spanish complaint about railway communication in the province of Almeria and another about the Moria refugee camp in Lesbos (Greece).

Among the first items on the agenda will be a petition submitted by a private individual drawing attention to the critical situation in the Moria refugee camp in Lesbos (Greece), which urges the European Parliament to act in a settlement that is described by the complainant as a “place of disease and violence where people in vulnerable situations (unaccompanied minors, victims of torture and sexual violence, etc.) are at risk”.

This petition, which will be discussed together with a similar petition by a German petitioner, will be debated today, Monday 8 November, starting at 13:45 and can be followed live here.

On the other hand, the petition submitted by another individual complaining about the poor railway communication between the province of Almería and the rest of Andalusia and Madrid will also be analysed. The complainant considers that the central and regional administration, as well as the European institutions, are neglecting the works of the Mediterranean corridor. For this reason, he calls for an intermodal, reliable and competitive corridor for goods and people, which saves costs and allows companies, investments and logistical operations to be attracted.

This debate will also be held today, Monday 8 November, but from 16:45. It can be followed live via this link.

At this week’s meeting of the Petitions Committee a number of petitions will also be closed following the Commission’s response, including five submitted by Spanish citizens, which can be consulted on this link from item 22 on the agenda.