On 20-21 April, the European Parliament’s Petitions Committee voted on the final report on the conclusions of the visit to Spain to investigate ETA’s unsolved crimes and will analyse a series of complaints, including eight submitted by Spanish petitioners.

The new meeting of the Petitions Committee this week includes on the agenda of the session the vote on the final report on the visit made by a delegation of MEPs from this committee between 3 and 5 November 2021 to Spain to investigate the unsolved crimes of ETA. 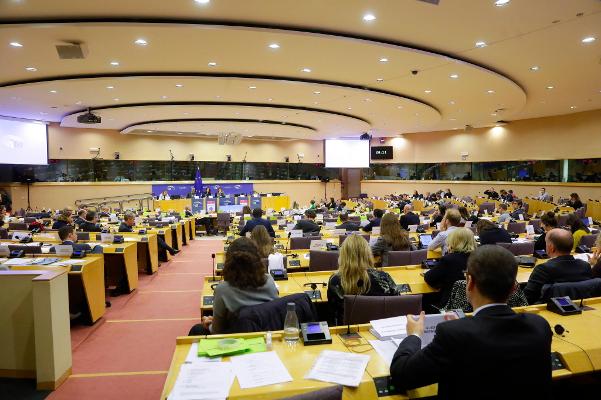 The visit was in response to a petition denouncing that there are still 379 unsolved murders committed by the terrorist organisation, and its aim was to obtain information from the competent Spanish authorities, the petitioners and the victims of terrorism on the situation.

These are the Recommendations, at the national level:

1. Recall the provisions stated in the European Parliament resolution of 12 December 2018 on findings and recommendations of the Special Committee on Terrorism (2018/2044(INI)), to ensure it is fully valid, with regard to calling on all Member States, and in particular Spain, to set up legal mechanisms to criminalise the glorification of a specific act of terrorism as it humiliates the victims and causes secondary victimisation by damaging the victims’ dignity and recovery.

2. In turn, reiterate the need to provide effective safeguards to prevent any subsequent victimisation derived from humiliation and attacks on the image of the victims.

3. Promote, through all competent institutions, the avoidance of public glorification of convicted terrorists when they leave prison, due to the pain and secondary victimisation that this entails for the victims of terrorism. Prevent the humiliation of victims through such acts by strengthening the legal instruments, in order to be effective and to effectively prevent impunity and re-victimisation.

4. Call to continue with an updated, detailed and exhaustive investigation procedure for unsolved cases, within the public prosecutor’s office, with the participation of State law enforcement agencies and security forces, without any prior assessment of the possible legal time-barring of the case, in order to respond to the families who are still waiting for justice. This determination should be made at the end of the investigation, and victims should be informed of the outcome upon request.

5. Set up a commission of jurists to draw up a detailed report on each of the case files of the victims of ETA whose cases are still unsolved. All the case files should be requested from the National High Court after an updated list has been drawn up with the names of all the victims murdered by ETA who have not received justice. The Audiencia Nacional, through its Victims of Terrorism office, should communicate the procedural situation to all victims of terrorism or their relatives with unresolved cases. In this way, it will be possible to get closer to the judicial truth about how the  judicial and police management of the unsolved ETA murders has been carried out and to contribute to the clarification of why there is so much impunity regarding ETA’s crimes.

6. Make an appeal, from the competent institutions, to those who have any kind of information that could lead to the resolution of any of the pending cases, for cooperation on a completely confidential, protected and anonymous basis with the State security forces and the justice department, so that victims of terrorism can be offered access to information and justice.

7. In particular, in the case of the five people abducted, murdered and made to disappear by terrorist organisations, whose remains have never been found, make an appeal to those who could have had information about the fate of these individuals to provide this information on a confidential basis, so that the competent authorities and the families concerned have the necessary information to help them to recover the remains of their loved ones.

8. Suggest to the competent institutions to exhaust the interpretative possibilities of criminal law, including the possible recognition of ETA’s terrorist crimes as crimes against humanity, even prior to 2004, and therefore considered not to be not subject to timebarring or amnesty. Recall that several initiatives have already been presented to amend the Criminal Code so that the principle of legality is interpreted in accordance with international law.

9. Suggest to the competent institutions to exhaust the interpretative possibilities of criminal law, also in the relation to the theory of indirect perpetration through control laid down in Article 28 of the Spanish Criminal Code, so that the members of the ETA leadership at the time when the various unsolved attacks were committed can be prosecuted as the instigators and prescient of the order.

10. Urge the competent institutions to ensure that the prison privileges and treatment that may be granted to those convicted of terrorism according to the current Spanish legislation are tied to their cooperation in the resolution of all attacks of which they have knowledge, as an additional sign of their true repentance.

11. Encourage all competent authorities in the Member States and third countries to continue and boost the police and judicial cooperation with the Spanish State, which is one of the fundamental means of solving unsolved cases in which it is presumed that those responsible may be fleeing from Spanish justice.

12. In cases where no procedural solution can be found, criminal proceedings must make room for action of truth, remembrance and peace.

13. It is necessary to guarantee that each and every one of the families of the nearly four hundred unpunished ETA murders be notified personally and as soon as possible of any change in the status of their legal case and of the personal and prison situation of the perpetrators.

In relation to the petition: