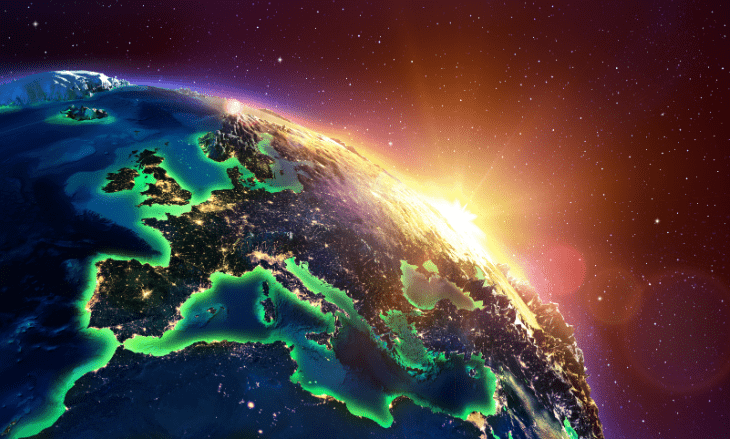 In view of the serious international situation and the escalation of conflicts in different areas of Europe, the EU Foreign Affairs Ministers have held a series of meetings since May 18 in order to address the various current situations and reach consensus agreements:

EU Foreign Ministers exchanged views on the recent serious escalation of violence in Israel and the Occupied Palestinian Territories and discussed elements of the EU response.

EU High Representative for Foreign Affairs and Security Policy Josep Borrell summarized the general thrust of the discussion as follows:

Under “Other business”, ministers were also briefed on ongoing developments related to irregular migration in the Spanish city of Ceuta.

Following the political crisis unleashed between Morocco and Spain over the arrival of thousands of people in Ceuta, the Moroccan Foreign Minister, Naser Burita, declared that Spain is having a hostile attitude and denounced the fact that Spain did not consult Europe before welcoming the Polisario Front leader, Brahim Gali, on its territory. In view of the will of the Moroccan government to create discord between the European Union (EU) and the Government of Spain, Josep Borrell, the EU High Representative for Foreign Affairs and Security Policy, and referring to the political and diplomatic relations between Morocco and the European Union after the crisis started last week with Spain, declared in the informal videoconference of the Ministers of Foreign Affairs last May 18 that:

“Ceuta is the European border with Morocco, and the EU will do what is necessary to support Spain in the face of these difficult times. The highest priority now is to protect the lives of migrants and return Ceuta to normality. The EU has a strong and strategic partnership with Morocco, consolidated over many years of good cooperation. Migration management is part of that relationship, and must be managed in a spirit of cooperation and dialogue.” He similarly stated that Morocco has been a recipient of European funds for many years to help develop its economy. Although Borrell maintains that much of the EU’s work is to prevent crises from getting worse, he explains that “there is some aid that is conditioned by the behavior of the countries.”

Ceuta is the European border with Morocco, and the EU will do what is necessary to support Spain in these difficult times. The main priority now is to protect the lives of migrants and return Ceuta to normality (1/2) pic.twitter.com/THH2Aj9Bcx

The President of the European Council, Charles Michel, showed his support and solidarity to Spain and remarked that Spain’s borders are the borders of the European Union.

All our support and solidarity with Spain @sanchezcastejon

Cooperation, trust and shared commitments should be the principles of a strong relation between the European Union and Morocco.

Speaking the President of the Spanish Government, Pedro Sánchez :

I have spoken with different political actors, both Spanish and European, to address the situation in a coordinated manner. The priority is to guarantee transit control at the border with Morocco and to provide Ceuta and Melilla with the necessary means to solve the crisis. pic.twitter.com/NDwFO061Nj

The Belarusian hijacking of an aircraft

On May 23, the Belarusian government forced a passenger plane carrying a Belarusian opposition leader to land in Minsk, where he was detained by the police. “This is a hijacking, an act of piracy perpetrated by a state”, commented Borrell, who described it as “extremely serious”. The European Council devoted priority attention to relations with Belarus among the items scheduled for its meeting on May 24 and strongly condemned the forced landing of a Ryanair flight in Minsk and the arrest by the Belarusian authorities of the journalist Raman Pratasevich and Sofia Sapega. In addition, a third package of sanctions was being prepared in the Foreign Affairs Council.

The sanctions already adopted by the EU are exclusively against Belarusian officials, including President Lukashenko, but Brussels is also preparing to hit central aspects of the Belarusian economy.

At the Brussels summit on Monday, May 24, the leaders of European countries “called for proposals for sanctions by sector (…) And there are some that come to mind,” Borrell said in an exclusive interview.

“Belarus is a major exporter of potash, for about $2.5 billion. All of that goes through the Baltic countries. It’s easy to control, if one really wants to,” Borrell said ahead of an informal meeting of European foreign ministers in Lisbon on May 26.

“We can also imagine that the gas coming to Europe through Belarus would come through another pipeline, and Belarus would lose the rights of way, which is not negligible,” he added.

Pratasevich and Sapega must be released.

EU leaders have held a strategic discussion on Russia. They condemned Russia’s illegal, disruptive and provocative activities carried out against the EU, its Member States and outside the EU. They reiterated the EU’s unity and solidarity in the face of such acts, as well as its support for Eastern partners. They also expressed their solidarity with the Czech Republic and supported its response.

The European Council reaffirmed its adherence to the five principles governing the EU’s policy towards Russia:

The leaders invited the High Representative and the Commission to present a report with options for action on EU-Russia relations in line with these principles in view of the European Council meeting in June 2021.

The European Council welcomed the entry into force on 1 May 2021 of the Trade and Cooperation Agreement between the European Union and the United Kingdom.

EU leaders stressed that relations with the UK must remain mutually beneficial and must under no circumstances undermine the integrity of the single market, the customs union or the EU’s decision-making autonomy. The European Council called on the Commission to continue its work to ensure full implementation of the Agreements, in particular in the areas of EU citizens’ rights, fisheries and a level playing field.

The European Council welcomed the cease-fire, which should put an end to the violence. It reiterated the EU’s commitment to the two-state solution, and stated that it would work with its international partners to put a political process back on track.

The leaders strongly condemned the abduction of Mali’s transitional president and prime minister and called for their immediate release. The European Union is ready to consider sanctions against political and military leaders who obstruct the transition in Mali.