The Council reviewed its autonomous list of those subject to restrictive measures under the sanctions regime against the Democratic People’s Republic of Korea (DPRK). It confirmed the sanctions in place, which consist of a travel ban and an asset freeze, on the listed individuals and entities. 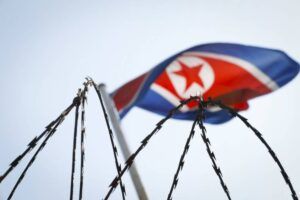 The individuals and entities listed are under sanctions for contributing to the DPRK’s nuclear-related, ballistic-missile-related or other weapons of mass destruction-related programmes or for sanctions evasion. The total number of persons listed by the EU autonomously is 57. In addition, the EU has frozen the assets of 9 entities as part of its own sanctions regime. It has also transposed all relevant UN Security Council resolutions, which impose sanctions on 80 persons and 75 entities currently listed by the UN.

The EU’s sanctions against the DPRK are the toughest against any country. They were adopted in response to its nuclear weapon and ballistic missile development activities, which are in breach of numerous UNSC resolutions. The EU not only transposes the sanctions imposed by the UN, but also has its own autonomous sanctions regime on the DPRK, which complements and reinforces the sanctions adopted by the UN.

The EU has repeatedly expressed its strong conviction that lasting peace and denuclearisation of the Korean Peninsula must be achieved by peaceful means, and that the diplomatic process must be continued as the only way towards realising that goal.

The ultimate goal, shared by the entire international community and as expressed by the United Nations Security Council, remains the complete, verifiable and irreversible denuclearisation of the Korean Peninsula.