Last 21st of May, the European Border and Coast Guard Agency, in cooperation with the Albanian authorities, is launching the first ever joint operation on the territory of a neighbouring non-EU country. As of 22 May, teams from the Agency will be deployed together with Albanian border guards at the Greek-Albanian border to strengthen border management and enhance security at the EU’s external borders, in full agreement with all concerned countries. This operation marks a new phase for border cooperation between the EU and its Western Balkan partners, and is yet another step towards the full operationalisation of the Agency. 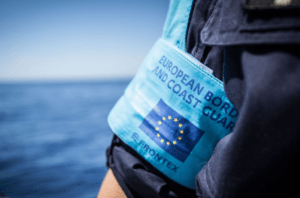 Dimitris Avramopoulos, Commissioner for Migration, Home Affairs and Citizenship, said: “With the first ever deployment of European Border and Coast Guard teams outside of the EU, we are opening an entirely new chapter in our cooperation on migration and border management with Albania and with the whole Western Balkan region. This is a real game changer and a truly historical step, bringing this region closer to the EU by working together in a coordinated and mutually supportive way on shared challenges such as better managing migration and protecting our common borders.”

While Albania remains ultimately responsible for the protection of its borders, the European Border and Coast Guard is able to lend both technical and operational support and assistance. The European Border and Coast Guard teams will be able to support the Albanian border guards in performing border checks at crossing points, for example, and preventing unauthorised entries. All operations and deployments at the Albanian border with Greece will be conducted in full agreement with both the Albanian and Greek authorities.

At the start of the operation, the Agency will be deploying 50 officers, 16 patrol cars and 1 thermo-vision van from 12 EU Member States (Austria, Croatia, Czechia, Estonia, Finland, France, Germany, Latvia, the Netherlands, Romania, Poland and Slovenia) to support Albania in border control and tackling cross-border crime.

Strengthened cooperation between priority third countries and the European Border and Coast Guard Agency will contribute to the better management of irregular migration, further enhance security at the EU’s external borders and strengthen the Agency’s ability to act in the EU’s immediate neighbourhood, while bringing that neighbourhood closer to the EU.

The European Border and Coast Guard Agency can carry out deployments and joint operations on the territory of neighbouring non-EU countries, subject to the prior conclusion of a status agreement between the European Union and the country concerned. The status agreement negotiated with Albania and signed in October 2018 entered into force on 1 May 2019. It is the first such agreement to become operational with a Western Balkan partner country.

Earlier this year, as proposed by the European Commission, the European Parliament and the Council agreed to reinforce the mandate of the European Border and Coast Guard Agency, giving it the right level of ambition corresponding to the common challenges Europe is facing in managing migration and its borders. It will allow for joint operations and deployments to take place in countries beyond the EU’s immediate neighbourhood.