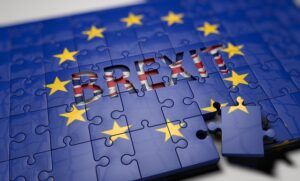 On Thursday morning, members on the Foreign Affairs and International Trade Committees held a first joint meeting on the new EU-UK Trade and Cooperation Agreement, intensifying the parliamentary scrutiny process of the deal reached by EU and British negotiators on 24 December.

MEPs welcomed the agreement as a good solution, albeit thin. A no-deal would have brought a disaster for citizens and companies on both sides, speakers emphasized. At the same time, they stressed that the parliamentary scrutiny of this deal must go beyond mere ratification, insisting on thorough access to information and a clear role for Parliament in the implementation and future monitoring of the agreement.

In addition, members also highlighted the importance of fostering a close dialogue between the European Parliament and Westminster on future EU-UK relations.

They regretted that many aspects, including the Erasmus programme, foreign policy, security and defence cooperation, were not included in the negotiations on the future partnership. Some expressed concern about the future for environmental standards, as the new UK emissions trading system has only been in place since 1 January without clarity on how to link it up with the EU one.

Kati Piri (AFET, S&D, NL) said: “Parliament’s red lines will continue to be central in the scrutiny process. I welcome the fact that the EU managed to secure a single, clear governance framework. This will allow EU and British citizens, consumers and businesses legal certainty about the applicable rules and will ensure robust compliance guarantees by the parties.

“At the same time, it is also important to be frank: we did not want or choose Brexit. So it is with regret and sadness that we acknowledge that this was the democratic choice of the British people. And sadly, the agreement itself falls far short of the Political Declaration that UK Prime Minister Boris Johnson himself signed just months prior to the negotiations.”

Christophe Hansen (INTA, EPP, LU) said: “It is a very thin agreement. But I welcome the fact that there are no quotas and tariffs, and with that we avoided falling back to WTO rules that would have hurt a lot of our sectors, including agriculture and cars.

“I regret very much that the UK decided not to take part in Erasmus. This jeopardises the future for 170,000 Europeans in the UK and 100,000 UK students in the EU. I also regret that future Geographical Indications are not covered, which is contrary to the Political Declaration.

“I would have liked that services were reflected somewhat broader in the agreement. Nevertheless, regulatory cooperation on financial services will be negotiated until March.

“It is important not to let the consent drag on forever. Provisional application is not the legal security that businesses and citizens deserve after all these years.”