MEPs champion women’s rights, express solidarity with President von der Leyen and stress that Europe should speak with one voice on the world stage. 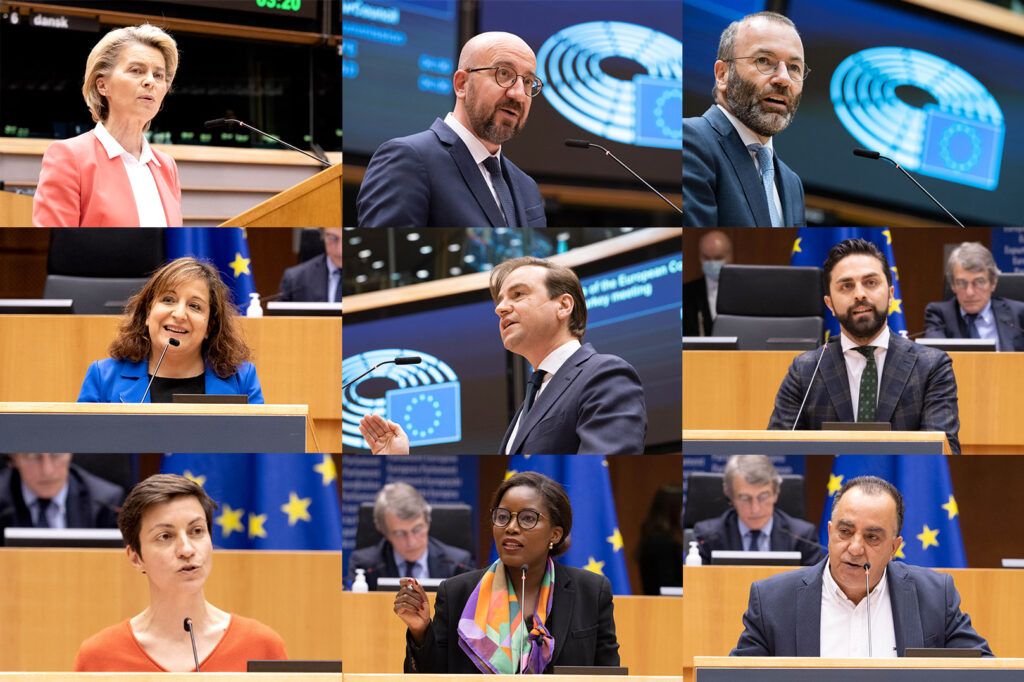 Several MEPs raised the EU’s actions in managing the COVID-19 pandemic – vaccinations in particular – and other topics on the European Council agenda, but the vast majority of speakers used their time to condemn the images of the Commission President being left without a seat in Ankara next to her two male counterparts, as well as Turkey’s regressive stance on women’s rights.

Charles Michel repeated his regret and apologised “to the Commission and to all offended” by the incident, saying the circumstances have led him to believe he should have acted in a different manner. “I felt hurt, I felt alone, as a woman and as a European”, said Commission President Ursula von der Leyen. Stressing the issue of gender inequality, she said that there are many women who are not as privileged as her and whose voices cannot be heard.

MEPs unanimously condemned the incident, with a broad majority expressing their solidarity with Ursula von der Leyen. Many speakers lambasted Turkey’s recent decision to leave the Istanbul Convention, while others underlined that Europe should speak with one voice on the world stage. The visit to Turkey should have sent a message of strength; instead, it showed weakness and division, they said.

All speakers agreed that if Europe is going to enhance its cooperation with Turkey, it should do so only in a proportionate and reversible manner. A large number of MEPs spoke against Turkey’s aggression in the Eastern Mediterranean, and its backsliding on democratic values. Some argued that the EU needs strong measures in response to recent developments, questioning the EU’s plans to modernise its custom union with Turkey, while others called for the formal suspension of Turkey’s accession process.