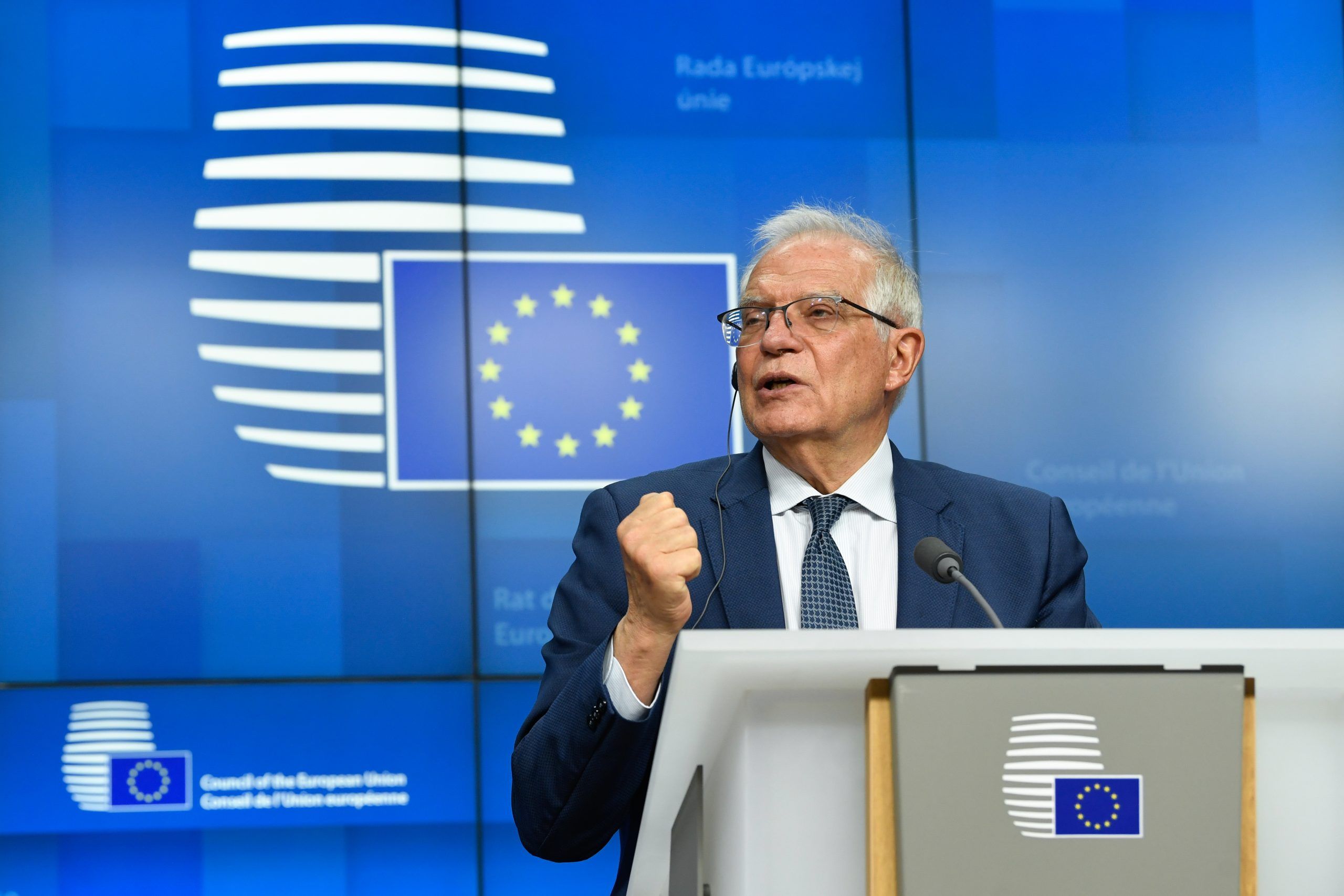 During a working lunch EU Foreign Affairs Ministers were joined by their counterparts from the six Western Balkans partners, and discussed the future of the region on its path to the European Union.

The Council welcomed the choice of those partners who aligned fully with the EU’s foreign policy and sanctions, and expressed its clear expectation that all partners in the region, especially candidate countries, commit to European values and the European foreign policy.

Ministers also called on Western Balkans partners to think and act more strategically when it comes to their domestic problems, reforms and solving open bilateral issues.

The Council discussed the situation in Bosnia and Herzegovina, and reiterated the EU’s commitment to its EU perspective as a single, united and sovereign country. Rolling back reforms and dismantling state institutions are incompatible with a European perspective and unacceptable.

On the Belgrade-Pristina Dialogue ministers reiterated their expectations about the full respect and implementation of all previous agreements, and a progressive normalisation of the relations between Serbia and Kosovo.

The Foreign Affairs Council discussed the ongoing Russian aggression against Ukraine and focused on the latest developments on the ground and on the strands of EU action. In particular, ministers discussed EU support to Ukraine, diplomatic outreach, deterrence measures, Russian information manipulation and interference activities, and efforts to ensure accountability.

Ministers considered the proposal to provide an additional €500 million from the European Peace Facility for the delivery of weapons to Ukraine.

Ministers also considered how to support Ukraine’s economy through trade liberalisation and transport facilitation measures. Through the recent adoption of an EU action plan for EU-Ukraine Solidarity Lanes, the EU is already helping Ukraine to keep producing and exporting grains and wheat worldwide.

The Council touched on the issue of Russian information manipulation and its attempt to shift the blame for the growing worldwide impact of its aggression not only to Ukraine, but also to the EU and the West in general. The Council categorically rejected Russia’s narrative and will continue to counter it. Energy and food shortages as well as price increases are the result of Russia’s unprovoked and unjustified war of aggression.

Alongside the G7, the G20 and the FAO, the EU is working towards mitigating the negative effects of Russia’s aggression, and securing food supply to all countries.

The High Representative informed the Council about his recent mission to Latin America, where he met leaders in Chile and in Panama.

He also provided an update on EU financial support to Palestine, as a follow-up to the April FAC meeting.

The Council was also informed about the situation in Ethiopia, the ongoing tensions in the Eastern Mediterranean, and the state of the NATO applications of two EU member states.

The Council approved conclusions on an EU Strategic Approach in support of Disarmament, Demobilisation and Reintegration of Former Combatants.

Equivalence of field inspections and of certain seed produced in Bolivia

Ministers adopted the Commission’s proposal for granting equivalence to the production and field inspections of cereal seed-producing crops and oil and fibre plant seed-producing crops in Bolivia.The Council’s approval will add Bolivia to the list of third countries whose seed certification system  is recognised as equivalent to the EU’s, allowing imports of sorghum, maize and sunflower seed from Bolivia to the EU market.