The EU and the US reaffirmed yesterday their close cooperation to address global trade and technology challenges in line with their shared commitment to democracy, freedom and human rights. Meeting at the second Ministerial Meeting of the Trade and Technology Council (TTC) in Paris, both parties reiterated the central role of the TTC for the renewed transatlantic partnership, which has already served to coordinate joint measures being taken by the EU and the US in face of the Russian aggression against Ukraine. 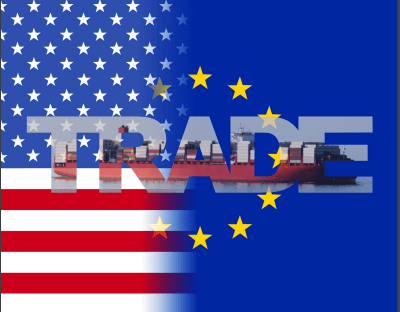 Margrethe Vestager, Executive Vice-President for a Europe fit for the Digital Age and co-chair of the TTC, said: “Russia’s war of aggression against Ukraine has further underlined the key importance of our cooperation with the US on economic and technology issues. This cooperation goes beyond our reaction to the war. Together with our transatlantic partners, we can create a positive vision for our economies and for a democratic governance of the internet based on the dignity and integrity of the individual. When we act together, we can set the standards of tomorrow’s economy. We are joining forces and when two such determined partners take the lead, we can enable the tides to turn.”

Valdis Dombrovskis, Executive Vice-President and Commissioner for Trade and co-chair of the TTC, said:“I am delighted that at this second TTC meeting, we have agreed to expand our cooperation with the US to address new and emerging global trade challenges, working as trusted partners. We will work closely to secure our supply chains and boost global food security. We will build on our unprecedented transatlantic coordination on export controls against Russia to further align our approaches in this critical field, while also boosting trade with Ukraine. We will also cooperate on promoting green trade, for instance through green public procurement.”

The co-chairs agreed to establish a tripartite Trade and Labour Dialogue in order to jointly promote internationally recognised labour rights, including the eradication of forced labour and child labour.

Cooperation in the TTC has been instrumental for the swift and aligned deployment of export controls on advanced technologies such as aerospace and cyber surveillance to undermine Russia’s ability to further develop its industrial and military capabilities. Both parties committed to build on and enhance this strong collaboration.

In the field of emerging technologies, the EU and the US have agreed to establish a Strategic Standardisation Information (SSI) mechanism to promote and defend common interests in international standardisation activities. Both sides will work to foster the development of aligned and interoperable technical standards in areas of shared strategic interest such as AI, additive manufacturing, recycling of materials, or Internet of Things

The EU and US published today a joint best practice guide with resources for how SMEs can become more cybersecure.

At our June 2021 US-EU Summit, we established the US-EU Trade and Technology Council (TTC) to shape the rules of the road for a 21st century economy, and for rapidly evolving digital and emerging technology. In less than a year, the TTC has become a pillar of transatlantic cooperation, particularly in growing our bilateral trade and investment relationship; resolving existing and avoiding new barriers to trade while countering non-market, trade distortive practices; and in our united response to Russia’s aggression in Ukraine.

Following its first ministerial meeting last September in Pittsburgh, Pennsylvania, the TTC held its second ministerial meeting in Saclay, France. The US co-chairs, Secretary of State Antony J. Blinken, Secretary of Commerce Gina Raimondo, and United States Trade Representative Katherine Tai and EU Co-Chairs European Commission Executive Vice Presidents Margrethe Vestager and Valdis Dombrovskis built on the rock-solid foundation and announced new initiatives on supply chains, food security, export controls, emerging technology, digital infrastructure, trade, and much more. These initiatives will reinforce our shared values, bolster our global competitiveness, and benefit workers and families on both sides of the Atlantic. We are grateful to the leadership of the TTC and look forward to further progress in the months ahead.