Judicial authorities across the EU increasingly turn to Eurojust, the EU Agency for Criminal Justice Cooperation, to work together to tackle serious cross-border crime. Eurojust’s 2019 Annual Report,  shows that prosecutors from across the European Union and beyond turned to Eurojust for tailor-made support in nearly 8 000 cases, an increase of 17% compared with 2018. 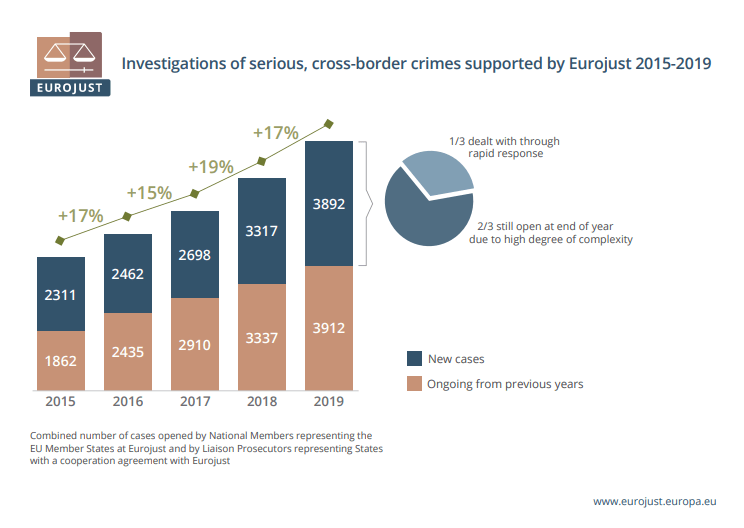 Working together through Eurojust, national judicial authorities achieved impressive on-the-ground results across a wide range of crime areas, including the freezing of approximately EUR 2 billion in criminal assets, bringing illicit drug trafficking worth over EUR 2.8 billion to a halt, and the arrests of nearly 2 700 suspects.

The largest amount of cases concerned a wide range of economic offences, including swindling, fraud, tax evasion, money laundering and corruption, as well as environmental crime and intellectual property crime. The number of new Eurojust cases concerning investigations of crimes prioritised in the European Agenda on Security nearly doubled in 2019: