How the EU improves workers’ rights and working conditions 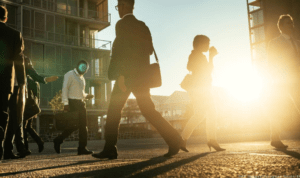 Find out how the EU is improving workers’ rights and working conditions across Europe, from working hours and parental leave to health and safety at work.

The EU has put in place a set of labour rules to ensure strong social protection. They include minimum requirements on working conditions – such as working time, part-time work, workers’ rights – to information about important aspects of their employment and the posting of workers. They have become one of the cornerstones of Europe’s social policies.

The social partners – trade unions and employers organisations – are involved in the shaping of European social and employment policies via the so-called social dialogue, through consultations and opinions, and can also negotiate framework agreements on specific matters.

Workers’ rights and new forms of workThe EU has introduced minimum common standards on working hours applicable to all member states. EU legislation in the field of working time establishes individual rights for all workers, with a maximum working week of 48 hours, paid annual leave of at least four weeks per year, rest periods and rules on night work, shift work and patterns of work.

Over the years, Europe has witnessed significant changes in the labour market, including digitalisation and the development of new technologies, growing flexibility and fragmentation of work. These developments have generated new forms of employment, with an increase in temporary positions and non-standard jobs.

To protect all workers in the EU and improve the rights of the most vulnerable employees on atypical contracts, MEPs adopted in 2019 new rules introducing minimum rights on working conditions. The legislation sets protective measures such as limiting the length of the probationary period to six months, introducing free mandatory training and banning restrictive contracts. The rules also require that all new employees get key information on their responsibilities within a week of starting work.

Workers’ mobility within the EU

EU rules on the coordination of member states’ social security systems guarantee that people can fully benefit from their right to move to another EU country to study, work or settle whilst getting the social and health benefits they are entitled to. EU legislation covers sickness, maternity/paternity leave, family, unemployment and similar benefits and is currently under review.

IN 2019 MEPs approved plans to create a new EU agency, the European Labour Authority, which,  to assist member states and the European Commission in applying and enforcing EU law in the field of labour mobility and coordinating social security systems. The agency will be fully operational by 2023.

Employees can be sent by their companies to another EU country on a temporary basis to carry out specific tasks. In 2018, EU rules on the posting of workers were overhauled to ensure the principle of equal pay for equal work at the same place.

To tackle unemployment and better match labour market supply and demand across Europe, Parliament approved a new law to revamp the European Jobs Network (Eures) with an EU-wide database of job seekers and vacancies in 2016.

The EU adopts legislation in the field of health and safety at work to complement and support the activities of member states.

The European Framework Directive on Safety and Health at Work sets general principles related to minimum health and safety requirements. It applies to nearly all sectors of public and private activity and defines obligations for employers and employees.

Additionally, there are specific rules covering exposure to dangerous substances, groups of workers suchpregnant women and young workers, specific tasks such as the manual handling of loads and workplaces such as fishing vessels.

For example, the directive on the protection of workers from the risks related to carcinogens or mutagens at work is updated regularly, setting exposure limits for specific substances.

With an ageing workforce, the risk of developing health problems has increased. In 2018, MEPs adopted a report proposing measures to facilitate people’s return to the workplace after long-term sick leave and to better include people who are chronically sick or have a disability in the workforce.

The European Parliament has always been a strong defender of gender equality. To provide more equal opportunities for men and women and to encourage a better sharing of caring responsibilities, MEPs adopted in 2019 a set of new rules to allow parents and workers taking care of relatives with serious medical conditions so they could establish a better work-life balance.

The directive sets a minimum of 10 days of paternity leave, a minimum of four months’ parental leave per parent (of which two are not transferable) and five days of carers’ leave per year and provides for more flexible working arrangements.

Maternity rights are defined in the Pregnant Workers Directive, setting the minimum period for maternity leave at 14 weeks, with two weeks’ compulsory leave before and/or after confinement.

Parliament is also continuously pushing for more measures to combat the gender pay gap, narrow the pension gap and has called for EU rules to tackle mobbing and sexual harassment.