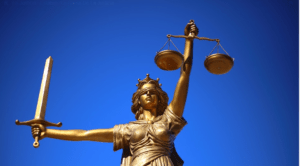 The European Court of Justice has ruled that the Polish ‘Law on the Supreme Court’, lowering the retirement age of judges of the Supreme Court, is contrary to EU law and breaches the principle of the irremovability of judges and thus that of judicial independence.

In response to the judgment of the Court, the European Commission has issued the following statement:

According to the law, which entered into force on 3 April 2018, judges affected by the lowered retirement age were given the possibility to request a prolongation of their mandate, which could be granted by the President of the Republic for a period of three years, and renewed once. There were no clear criteria established for the President’s decision and no judicial review if he rejects the request. Moreover, the only safeguard included in the Polish law was a non-binding consultation of the National Council for the Judiciary.

The rule of law is one of the common values upon which the European Union is founded and embraced by all Member States. It is enshrined as such in Article 2 of the Treaty on European Union.

The rule of law is essential for the functioning of the EU as a whole, for example with regard to the Internal Market, cooperation in the area of Justice and Home Affairs, and ensuring that national judges who are also ‘EU judges’ can fulfil their role in ensuring the application of EU law and can properly interact with the Court of Justice of the EU in the context of preliminary ruling procedures.

The European Commission, together with other institutions and the Member States, is responsible under the Treaties, for guaranteeing the rule of law as a fundamental value of our Union and making sure that EU law, values and principles are respected. Events in Poland led the European Commission to open a dialogue with the Polish Government in January 2016 under the Rule of Law Framework and then activate the Article 7(1) TEU procedure on 20 December 2017. The process is based on a continuous dialogue between the Commission and the Member State concerned. The Commission keeps the European Parliament and Council regularly informed.

On 2 July 2018, the Commission launched an infringement procedure on the Polish Law on the Supreme Court, on the grounds of its retirement provisions and their impact on the independence of the Supreme Court. On 24 September 2018, the Commission referred the case to the Court of Justice of the EU and asked the Court to order interim measures, preventing the irreparable damage that would result from the application of the new law, as well as an expedited procedure to obtain a final judgment as soon as possible. On 17 December 2018, the Court of Justice issued a final order imposing interim measures to stop the implementation of the Polish law on the Supreme Court. The Advocate General delivered an Opinion earlier this year, on 11 April.

Press Release – Rule of Law: European Commission refers Poland to the European Court of Justice to protect the independence of the Polish Supreme Court

Press Release – Rule of Law: European Commission takes next step in infringement procedure to protect the independence of the Polish Supreme Court