The EU welcomes today’s appeal arbitration award by the World Trade Organization (WTO) in the case the EU brought against Turkey on pharmaceutical products.

The appeal award confirms the Panel’s ruling and finds that the localisation measure discriminates against foreign pharmaceutical products, as it is not a form of government procurement of pharmaceutical products, and it is not designed to achieve public health objectives nor to secure compliance with laws requiring Turkey to ensure accessible, effective and financially sustainable healthcare for its population. Specifically, the discriminatory practices constitute the requirement for foreign producers of pharmaceuticals to move their production to Turkey for those pharmaceuticals to be eligible for reimbursement under Turkish social security schemes. As such, it is incompatible with Turkey’s WTO commitments.

This ruling is the first WTO appeal arbitration award under Article 25 of the WTO Dispute Settlement Understanding (DSU) and the first WTO appeal ruling in more than two years, due to the paralysis of the Appellate Body. This appeal has been made possible by the appeal arbitration procedures agreed between the EU and Turkey that were circulated to WTO Members on 25 March 2022.

By agreeing on these arbitration procedures, the EU and Turkey made sure that a fully functioning dispute settlement, including an appellate review, could continue at the WTO for this case despite the paralysis of the Appellate Body. While this is an ad hoc agreement between the EU and Turkey, its rules and procedures are very similar to the Multiparty Interim Appeal Arbitration Arrangement (MPIA). The significance of this appeal arbitration procedure therefore goes far beyond the specific case.

The EU welcomes in particular the efforts of the Arbitrators to apply the procedures in an efficient manner, allowing for a well-reasoned report to be issued in less than the 90-day deadline provided for in the agreement.

The Panel had also found that Turkey cannot prioritise reimbursement reviews and marketing applications of domestic pharmaceuticals over foreign ones. Turkey did not appeal these Panel findings on the prioritisation measure, so they remain valid and enforceable.

Turkey must remove its localisation and prioritisation measures either immediately or within a period of time negotiated with the EU or fixed by a WTO arbitrator. 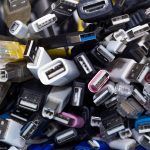