By 2020, 58% of the energy consumed in the EU will be imported, while its own production will cover only 42% of demand. 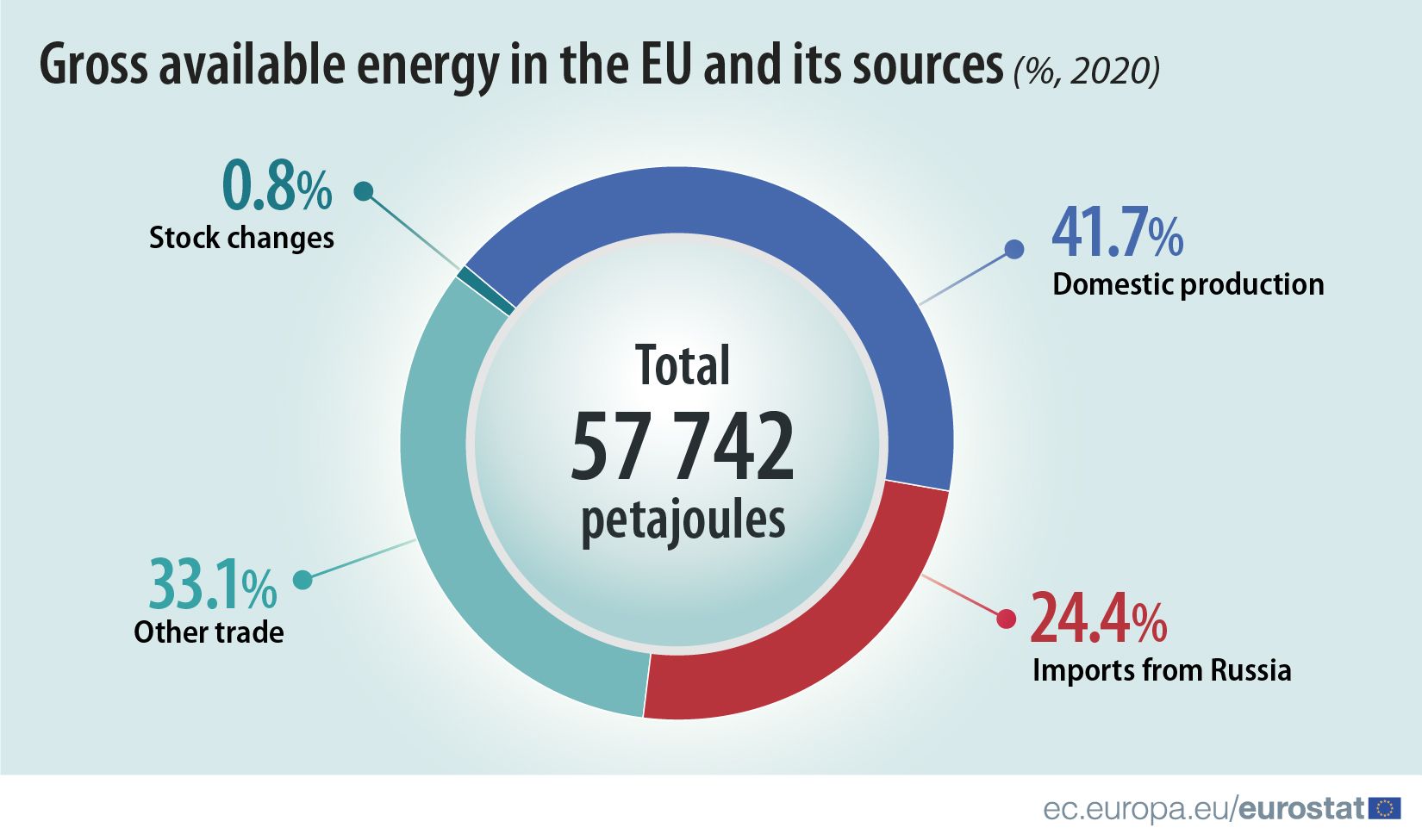 Natural gas is one of the main fuels for electricity generation and heating in the EU and the most imported fuel from Russia. In 2020, the EU received 46% of its natural gas imports from this supplier, of which 41% of its available primary energy came from natural gas.

Crude oil is an important product for fuel production in the petrochemical and transport industries, and is the second largest fuel stream imported from Russia. In 2020, the EU relied on this supplier for 26% of its crude oil imports, representing 37% of the EU’s energy needs.

Finally, solid fossil fuels such as coal are the least dependent on imports from Russia, which accounts for 19% of the EU’s solid fossil fuel use. In 2020, the EU imported 53% of the country’s coal, representing 30% of EU coal consumption.

The main origins of EU energy imports have changed in recent years, yet Russia has maintained its position as the leading supplier to the EU of all the main primary energy commodities: natural gas, crude oil and hard coal.

The countries’ different energy mix and import dependencies create vastly different country-specific energy dependencies on Russia. In 2020, the country with the largest share of energy needs satisfied by Russian imports in the EU was Lithuania (96.1%), followed by Slovakia (57.3%) and Hungary (54.2%). The least dependent was Cyprus (1.7%), followed by Ireland (3.2%) and Luxembourg (4.3%).

Natural gas, a major fuel for electricity production and heating in the EU, represented 23.7% of the EU’s gross available energy and had an import dependency rate of 83.6% in 2020 with imports of 400.6 billion cubic meters (bcm).

The reliance of the European Union on Russian natural gas has increased over the last decade reaching 41.1% of gross available energy derived from natural gas in 2020, making it the fuel with the highest exposure to imports from Russia.

Natural gas consumption in the EU remained broadly flat over the last ten years, reaching 399.6 bcm in 2020, but EU production fell to almost a third to 55.7 bcm and the gap has been filled by increased imports. The EU received from Russia 46.1% of its natural gas imports. Other important providers are Norway, Algeria, Qatar, the USA, the United Kingdom, Nigeria and Libya making up collectively with Russia 90% of EU’s total natural gas imports.

EU Member States’ reliance on natural gas imported from Russia differs widely. While some countries did not report any imports of Russian gas in 2020, others cover all of their natural gas needs from this single source.