As Europe slowly emerges from the coronavirus crisis, the climate emergency is starting to regain the place it deserves, coming back to the top of the EU agenda. 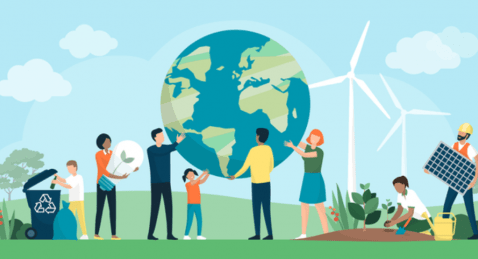 The European Economic and Social Committee (EESC), which brings together civil society organisations from all Member States, developed this Opinion in response to a request by the Republic of Croatia’s Presidency of the Council of the EU. The protection of the environment and the fight against climate change are the presidency’s key issues.

Toni Vidan, rapporteur of the Opinion, emphasises that the speed of transition will depend on the courage shown by decision makers. It is time to stimulate EU-level debate on improving financing for the increasing needs of the transition to a low-carbon economy. We need to support decentralised decarbonisation projects and ensure active involvement and ownership by citizens and local communities.

The EESC therefore welcomes the recent European Council conclusions and the announced European Green Deal, with the joint objective of securing the transition to a low-carbon economy. This long-term plan sets the terms for Europe to become the first carbon-neutral continent by 2050.

The EESC also supports the resolution by the European Parliament to place the European Green Deal at the heart of the upcoming EU recovery and reconstruction package – a key policy underpinning the acceleration in the transition. The EESC underlines that the European Green Deal Investment Plan along with the Just Transition Fund (aimed at supporting workers and citizens in the regions most impacted by the transition) are the first steps in the right direction.

Co-rapporteur Dimitris Dimitriadis points out that in order to achieve a just transition to a new green economy in a post-COVID reconstruction, the political, social and economic inclusion of all citizens, communities and SMEs is essential, leaving no-one behind.

One of the lessons of this pandemic, while the world ground to a halt, is that we need to shift away from the use of fossil fuels (gas, oil and coal) in global energy systems as soon as possible to avoid the most catastrophic effects of climate change Fossil fuels comprise 80% of current global primary energy demand and the energy system is the source of approximately two thirds of global CO2 emissions (according to the Sustainable Energy Division of the UN Economic Commission for Europe). Those who would benefit from a transition vastly outnumber those who benefit from continuity. In fact, just 1% of the global workforce is employed by the fossil fuel industry, and most of the industry’s profits end up in the hands of a small number of fossil fuel exporters, says a report of the World Economic Forum.

Europe and the world have a long way to go. Despite the fact that coal production and use has declined for decades in the EU, coal still provides about a quarter of EU power generation. And while EU-wide coal-and-lignite-based electricity generation in the second quarter of 2019 declined by 16%, gas-fired power production increased by 39% (according to the European Commission’s new energy market report). Even though natural gas pollutes less than coal, switching from coal to gas still involves fossil fuels.

Impact of COVID-19 measures on the environment

Impact of COVID-19 measures on the environment