Transport files of the fit for 55 package: General approaches

The Council adopted general approaches on the legislative proposals of the fit for 55 package that relate to transport (alternative fuels infrastructure, FuelEU Maritime and ReFuelEU Aviation).

This is an important step in the implementation of the fit for 55 legislative package, which should make it possible for the EU to meet its climate objectives: a reduction of at least 55% in net greenhouse gas emissions compared with 1990 levels by 2030, and carbon neutrality by 2050. For the transport sector in particular, the goal is to reduce greenhouse gas emissions by 90% (the sector currently accounts for more than a quarter of EU emissions).

The Council started its meeting with the adoption of a general approach on the draft regulation on the deployment of alternative fuels infrastructure (AFIR).

The objective of the proposal is to ensure EU-wide deployment of publicly accessible electric recharging and alternative fuels refuelling infrastructure in the road transport, aviation and waterborne transport sectors. It also aims to ensure that the infrastructure is interoperable and user-friendly.

The revised rules will send a clear signal to citizens and stakeholders that user-friendly recharging infrastructure will be installed wherever it is needed, throughout the EU. They will also remove a barrier to the use of zero- and low-emission vehicles and vessels, create a virtuous circle, and give the transport sector the means to significantly reduce its carbon footprint.

During the debate, ministers expressed unanimous support for the objectives and approach of the presidency’s proposal. The general approach retains the fundamental aspects of the Commission proposal but makes some adjustments, in particular to take account of the particular dynamics of the electric heavy-duty vehicle segment and of hydrogen. It also ensures that electric recharging requirements are consistent with the diverse situations on the ground and that investments are proportionate to traffic levels, without compromising the quality of service offered to users.

A number of ministers noted that important developments are expected in the heavy-duty vehicle sector. The general approach therefore includes a clause on specific review in the short term. A medium-term review of the whole text is also provided for.

The Council then unanimously adopted its general approach on a proposal to promote the use of renewable and low-carbon fuels in maritime transport (FuelEU Maritime).

The proposal aims to increase the demand for and consistent use of renewable and low-carbon fuels in the maritime sector, while ensuring the smooth operation of maritime traffic and avoiding distortions in the internal market.

During their discussion, ministers largely supported the objectives of the proposal, insofar as it promotes the use of renewable and low-carbon fuels in a sector that still relies almost entirely on fossil fuels. A large majority of ministers agreed that the balance found in the compromise makes it possible both to maintain the approach of the Commission proposal, ensuring its full environmental effectiveness and the achievement of climate objectives, and to take into account the geographical specificities of member states.

A number of ministers drew attention to the proposal’s strong link with other initiatives in the fit for 55 package and also stressed the importance of the global dimension of maritime transport, both for the ambitions to be pursued, especially within the International Maritime Organization (IMO), and to address concerns related to carbon leakage or re-routing which could be caused by the obligations to reduce ships’ greenhouse gas intensity.

Subsequently, the Council adopted its general approach on a proposal aimed at ensuring a level playing field for a sustainable air transport sector (ReFuelEU Aviation).

The proposal aims to increase both demand for and supply of sustainable aviation fuels, including synthetic aviation fuels, while ensuring a level playing field across the EU air transport market.

During the Council’s discussion, ministers largely supported the objectives of the proposal. They presented their views on how such objectives would be achieved by using different types of fuel and by using different levels of uptake of fuels in the coming years. Several delegations highlighted the need to preserve transport links and to take account of the specific situations of different member states. Ministers also underlined the need to maintain the competitiveness of the European aviation sector, which is facing the consequences of the pandemic. They stressed the importance of ensuring sufficient production and distribution capacity to supply the sustainable aviation fuels needed for the sector and to avoid market fragmentation. 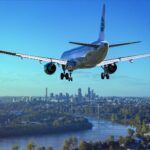