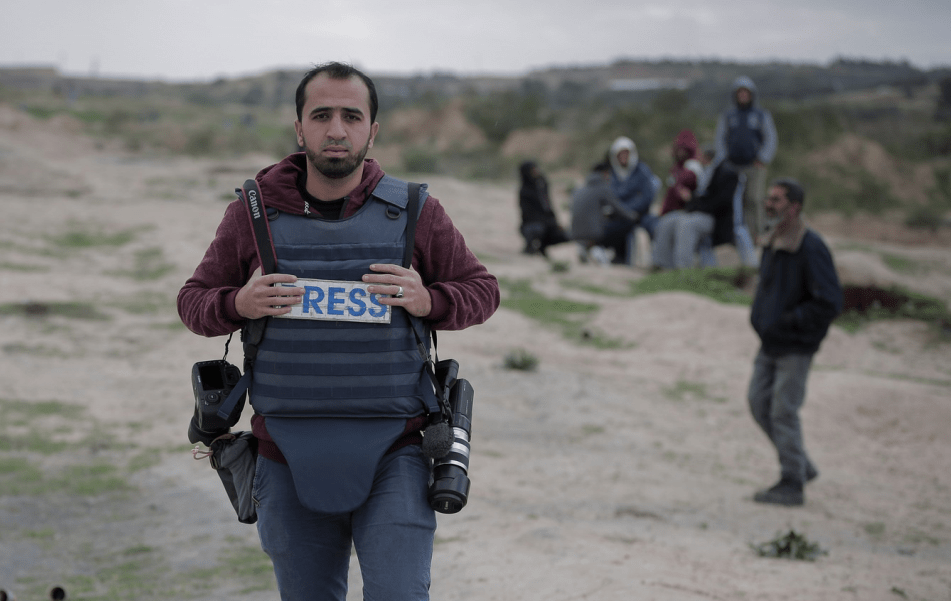 In celebration of the World Press Freedom Day, the Office of the European Union Representative, UNESCO, and the Palestinian Journalists’ Syndicate joined Palestinian media practitioners to highlight the role of the state, civil society and press actors in ensuring freedom and quality of journalism and public expression in the context of the global digital environment.

Under the UNESCO’s theme “Journalism under Digital Siege”, this year’s event underlined the multifaceted ways in which recent developments in surveillance by state and non-state actors, as well as big data collection and artificial intelligence, impact journalism, freedom of expression and privacy.

Media freedom, independence, and pluralism are prerequisites to guarantee access to reliable information. The EU is determined through its digital diplomacy to support the promotion of a human-rights-based vision of digitalisation that guarantees freedom of opinion and of expression, online and offline, as rights to be exercised by everyone, everywhere, any time.

“Media freedom and safety of journalists online and offline are under increasing attacks, while the information sphere is flooding with disinformation, hate-speech, and incitement in Palestine and around the globe. Last week, the EU has taken an important step on the Digital Services Act. The Act is a world first in the field of digital regulation. The Act follows the principle that what is illegal offline must also be illegal online. It aims to protect the digital space against the spread of illegal content, and to ensure the protection of users’ fundamental rights,” said the European Union Representative, Sven Kühn von Burgsdorff, at the ceremony. “Policies, dialogue with all stakeholder, and intensified measures are needed to defend and protect these fundamental freedoms, particularly in the digital arena. This is one of the building blocks for any responsible authority and crucial for the democratic future of an independent Palestinian State.”

“The unfortunate and stark global reality facing us all is that digital threats are impacting and undermining journalism, freedom of expression, journalist safety, and privacy. UNESCO believes that freedom of the press and freedom of expression allow for mutual understanding to build sustainable peace, and these values lie at the core of our mandate. We remain committed to supporting all involved stakeholders to achieve press freedom, including through our work to enhance journalist safety and media information literacy in Palestine,” said the Head of Office and UNESCO Representative to Palestine, Noha Bawazir.

The president of Palestinian Journalists Syndicate (PJS) Mr. Nasser Abu Baker said  that: “the PJS will remain the guardian and defendant of the freedom of press, opinion and expression.” He added that the PJS works with the International Federation of Journalists to expose and  condemn all violations against  Palestinian journalists and set its perpetrators accountable and  considered that the Palestinian content in social media faces unprecedented violations and restrictions at the global level which should be stopped.