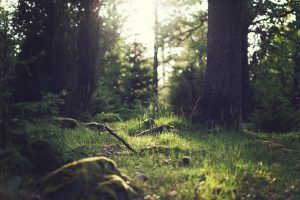 At the Digital Assembly, held on 21 and 22 June in Toulouse, the European Commission and the French Presidency of the Council of the European Union have organised a session on continued support for Ukraine’s digital sector. This session was marked by the launch of a dedicated digital tech donations hub for Ukraine.

Ministers from Member States have also signed a declaration on climate transition to reduce the environmental footprint of the digital sector, and discussed concrete actions to strengthen the EU’s leading role in immersive technologies. Member States agreed to act together in these two crucial areas and request the support of the Commission to define specific targets for the ICT sector in the green transition and to develop immersive technologies in line with European fundamental values.

This year’s edition of the Digital Assembly was also dedicated to the 2030 targets outlined in the Commission’s Digital Decade Communication, including on digital skills, digital infrastructures, digital value chain, and digital transformation. Suggestions for actions have for example been taken to reach the target for skills, in particular on how to reach 20 million ICT specialists by 2030, gender convergence, as well as increasing the number of sectoral experts using advanced digital technologies.

Tech4UA: Mobilisation of digital actors in support of Ukraine

Commissioner Breton, in cooperation with the French Presidency and key representatives from the technology sector, ensured continued support to Ukraine’s digital sector, in particular equipment support, in addition to the €25 million already provided by the Commission. This session was also marked by the launch of a dedicated Digital tech hub for equipment donations to Ukraine. Based in Slovakia, this hub will allow to cut red tape at the border for companies donating equipment and allowing them to cover the costs of transport. In addition, participants agreed to offer EU level co-ordination and structure for continued technical support, and discussed Ukraine’s imminent association to the Digital Europe Programme. The main objectives are to support people in Ukraine and refugees, and to help re-establish connectivity infrastructures and allow businesses to continue operating.

The future of the Internet: Strengthening EU technological capabilities

During this session dedicated to the future of the Internet, EU representatives, Ministers, and stakeholders reaffirmed their commitment to protecting and respecting human rights online and across the digital world. Participants called, among others, to further develop the European semi-conductors industry, through the European Chips Act, in order to achieve 20% of the global market share by 2030; to invest in digital technologies; as well as to develop immersive technologies in line with European values, fundamental rights and regulation. Following the debate at the Digital Assembly, Member States will start to discuss concrete actions in order to seize the opportunities stemming from immersive technologies, in line with European fundamental values.

Towards a successful green and digital transition in Europe

The digital transition and a smarter and greener use of technologies will help the EU to reduce net greenhouse gas emissions by at least 55% by 2030, and make Europe the first climate-neutral continent by 2050, as set out in the European Green Deal and the European Climate Law. In parallel with this year’s Digital Assembly, Ministers from Member States discussed concrete actions to reduce the environmental footprint of digital sector, with the objective to use the full potential of technologies in order to transform it into a lever for the environmental transition, as well as to monitor and optimise the environmental cost of the digital sector. A Declaration will be published here by Friday 24 June.

Report of the European working team on digital commons: Towards a sovereign digital infrastructure of commons

The members of the task force on digital commons, established in February 2022 at the “Building Europe’s Digital Sovereignty” conference, met at the Digital Assembly to discuss funding opportunities, the creation of a European incubator for digital commons, as well as the means or a structure to provide guidance and assistance to Member States. The outcomes of these discussions are available in a report published online. Digital commons are non-rivalrous and non-exclusive digital resources defined by shared production, maintenance and governance. This initiative is aimed at enabling Europe to take a step forward by meeting the needs of digital commons in order to unlock their full potential for Europe’s economy, security, resilience, and democracy, in line with the Union’s values and principles.