The European Day of Jewish Culture is celebrated in 30 countries in Europe. The aim of this day is to organise activities related to Jewish culture for the public, with the intention of raising awareness of the cultural and historical heritage of the Jewish people. The activities are coordinated by the European Association for the Preservation and Promotion of Jewish Culture , the European Council of Jewish Communities, B’nai B’rith Europe and the Network of Spanish Jewish Quarters. 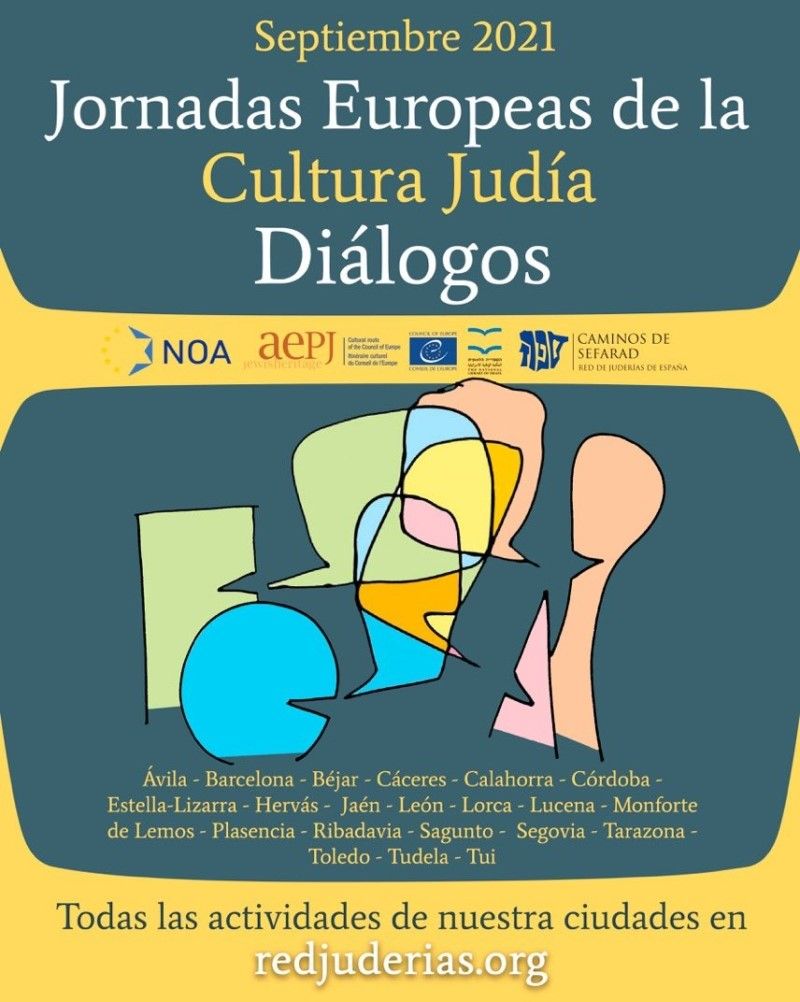 The initiative was started in 1996 by B’nai B’rith in Strasbourg, in the French region of Alsace, because many tourists asked to be able to visit places in the region with Jewish heritage. In 2000, a partnership was created between B’nai B’rith, the European Council of Jewish Communities and the Network of Spanish Jewish Quarters.

The objective of this day is to promote and make Jewish culture known to the society of the countries where this event is celebrated, since knowing the culture, tradition and life of the communities that live in the same country or city helps to know the “other”, and in this way, communication and dialogue between the cultures of the country is reinforced.

On this day, exhibitions, concerts, panels, lectures and excursions are organised in many European countries. Topics such as Jewish neighbourhoods, coexistence between cultures, exhibitions on sculpture, painting, printing, music and Jewish religious objects are discussed.

The Days will this year hold one of its most ambitious editions under the umbrella of the NOA (Networking Overcoming Antisemitism) project, a networking partnership that aims to combat antisemitism in Europe by assessing EU member states’ policies in various areas, from education to culture and security, in order to help them develop comprehensive action plans to address and prevent antisemitism.

The cities of the Network of Spanish Jewish Quarters will join with different activities next September 5th in a new celebration of the European Day of Jewish Culture, whose theme, “Dialogue”, proposes to disseminate and promote positive narratives that highlight the contribution of European Jews to a more plural and inclusive Europe.

On the occasion of the European Day of Jewish Culture, a participatory activity will be held in the cities of the Network of Spanish Jewish Quarters, which will seek, through a game, that the participant moves consecutively to three points of the Jewish quarter of each city. A travelling exhibition from the National Library of Israel will also be inaugurated, which reflects on and explains different types of dialogues from the perspective of Jewish culture.

Conference “The Women of the Talmud”

In the framework of the European Day of Jewish Culture, we organised jointly with the  Sefarad-Israel centre a conversation with Rabbi and political scientist Uriel Romano, author of the book “The Women of the Talmud. Wise, devout and rebellious“. During this activity, Uriel Romano will review the role of women in the stories of the Talmud. He will be accompanied by Carmen Álvarez, director of the Sephardic Museum of Toledo, and Esther Bendahan, director of Culture of Sefarad-Israel centre. In addition, during the conversation, Uriel Romano will read some of the Talmudic stories, which place women as the main character.