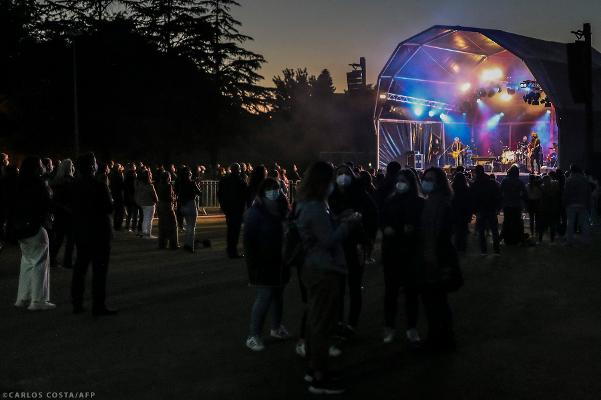 The Parliament adopted on Wednesday 19 May ‘Creative Europe’, the European program for the cultural and audiovisual sectors, the EU’s largest financial commitment to date in this area.

The new program, which sees its budget almost double compared to the 2014-2020 period (when it had 1.4 billion), will devote €2.5 billion (in current prices) to the EU’s cultural and creative sectors. MEPs recognize the importance of supporting them to recover from the crisis caused by the pandemic, which has forced the closure of numerous music and cultural facilities across Europe.

In addition to the significant budget increase, MEPs succeeded in placing more emphasis on inclusion and the contemporary and live music sectors, which are among those hardest hit by the pandemic, as well as a higher co-financing rate for small-scale projects.

In negotiations with the Council, the Parliament also managed to include an obligation for the program to promote female talent and support women’s professional and artistic careers. Women are still underrepresented in decision-making positions in cultural, creative and artistic institutions.

“The new edition of “Creative Europe” has two central objectives: the preservation, development and promotion of European cooperation in cultural diversity and heritage, and the enhancement of the competitiveness and economic potential of the cultural and creative sectors, in particular the audiovisual sector. This is key given the disastrous effects of the pandemic. It is now up to the Member States to make concrete efforts to support recovery,” said rapporteur Massimiliano Smeriglio (S&D, IT).

“Around 3.8% of Europeans work in the cultural and creative sectors. However, this sector has always faced challenges, including competition with large commercial productions and a highly fragmented transnational cultural market. Confinement has had a dramatic effect on cultural communities in the EU, which need our support more than ever. This significantly better funded program recognizes the added value of culture to our European way of life, and is a first step to help them meet the challenges of globalization and digitization,” said Sabine Verheyen (EPP, DE), chair of the EP Culture Committee.

The program has already been approved by the Council and will enter into force immediately after being published in the official gazette. To ensure a smooth transition from the previous edition, the Regulation provides for its retroactive entry into force, from January 1, 2021.

The bulk of “Creative Europe” (€1.4 billion) will go to the MEDIA strand, which supports the development, promotion and distribution of European films and audiovisual works within Europe and beyond.

The CULTURE section supports cross-border cultural and creative projects, i.e. cooperation (networks, platforms, innovation projects) between organizations and professionals in the areas of music, books and promotion of European literature and architecture, as well as EU cultural awards and initiatives.

The third cross-cutting section includes, for the first time, support for the media sector, focused on promoting media literacy, pluralism, press freedom and quality journalism, as well as helping the media to better face the challenges of digitization.

Since 2013, Spain has implemented 618 cultural projects thanks to Creative Europe, of which 436 were exclusive to the Spanish territory and the rest collaborated as partners with other countries. In terms of European cooperation proposals, in 2020 Spain benefited from funding for 10 smaller-scale Spanish projects selected as leaders and 24 Spanish organizations participated as partners, according to the Ministry of Culture and Sport.