Farming ministers have adopted conclusions on carbon farming, based on the parts of the Commission’s ‘sustainable carbon cycles’ communication that deal with agriculture and forestry, and aiming to encourage agricultural practices that help to capture carbon from the atmosphere and store it in soil or biomass in a sustainable way.

These practices may include, on the farming side, planting hedges or trees, growing legumes, using catch crops and cover crops, practising conservation agriculture and maintaining peatlands, and on the forestry side, afforestation and reforestation.

The conclusions specify what the Council expects from the certification framework for carbon removals, for which a legislative proposal will follow at the end of this year, to ensure that economic value is attached to practices that increase carbon removal and storage, based on scientifically proven measurement requirements.

In its conclusions, the Council welcomed the communication and acknowledged the key role that farming and forestry could play in the fight against climate change by absorbing carbon from the atmosphere. Ministers also recognised the importance of providing financial support that offers sufficient incentive to farmers and foresters alongside the common agricultural policy, from both public and private resources, in order to encourage them to adopt these climate-friendly practices. Moreover, they supported the Commission’s plan to set up an expert group of farming and forestry representatives, considered that this group would be well placed to evaluate and take account of existing carbon certification schemes and share examples of best practice from across the EU, and invited the Commission to work with the group to look into extending certification to include reductions in greenhouse gases, particularly methane and nitrous oxide.

Luis Planas attended in Luxembourg the Council of EU Agriculture Ministers, which has again addressed the situation of agricultural markets due to the rising production costs, aggravated after the Russian invasion of Ukraine, and the need to ensure food security and strengthen the resilience of food production systems, among other issues.

The Minister congratulated the European Commission for the support measures for the agricultural and livestock sectors already implemented, such as the activation of the crisis mechanism of the Common Organization of Agricultural Markets or the flexibilities in the measures of the Common Agricultural Policy (CAP) to allow the extension of crop areas in order to procure an increase in the production of raw materials and compensate for the food arriving from Russia and Ukraine. These measures have been complemented in the case of Spain with an aid package totaling 430 million euros.

But he recalled that the situation continues and continues to produce significant increases in prices of raw materials and fertilizers that require European agencies to be very attentive to remedy.

Planas has advocated in particular for the relaxation of crisis management mechanisms in the framework of operational programs of producer organizations of fruit and vegetables, especially those relating to market withdrawals and the implementation of planned investments. 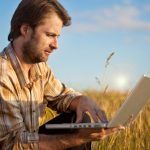 What is the future of rural areas?

What is the future of rural areas?