Market situation in the wake of the Ukraine invasion

The Council invited the Ukrainian agriculture minister, Roman Leshchenko, to speak via video link about the agricultural situation and the needs prevalent in his country, which were then discussed by ministers. The ministers went on to hold an exchange of views on the market situation for agricultural and agri-food products and the situation of the EU’s agricultural sector, given the impact of Russia’s invasion of Ukraine. They discussed measures that could be taken not only to continue to safeguard food supplies in the short term, but also to enhance the EU’s food security and food sovereignty in the medium and long term. The discussion also touched upon the potential impact of the crisis on the food security of non-EU countries. The option of cultivating set-aside land in 2022 was announced as part of these measures.

Ministers were also provided with a summary by the German delegation of the G7 meeting of agriculture ministers which took place on 11 March, and received information from the Dutch delegation on the use of biobased fertilisers.

In the wake of Russia’s invasion of Ukraine, it was essential for us to show our solidarity with Ukraine. We held a discussion with the Ukrainian minister to determine what kind of assistance should be provided quickly. Moreover, we needed to take urgent measures to ensure not only food sovereignty in the EU, but also food security at a global level. Today the EU’s agriculture ministers demonstrated their commitment to deploying effective solutions in the short, medium and long term, as well as to supporting Ukraine’s farming sector.

Approval of the CAP strategic plans

The Commission updated ministers on the state of play of its evaluation of the strategic plans under the future CAP. An exchange of views followed, focusing in particular on:

The Hungarian delegation also took the floor to present a declaration on behalf of the Visegrad Group, Bulgaria, Croatia, Romania and Slovenia on measures in their CAP strategic plans that they felt would contribute to a fairer and greener European agriculture.

Spain obtains 64.5 million euros from the crisis fund activated by the European Commission to support farmers and ranchers 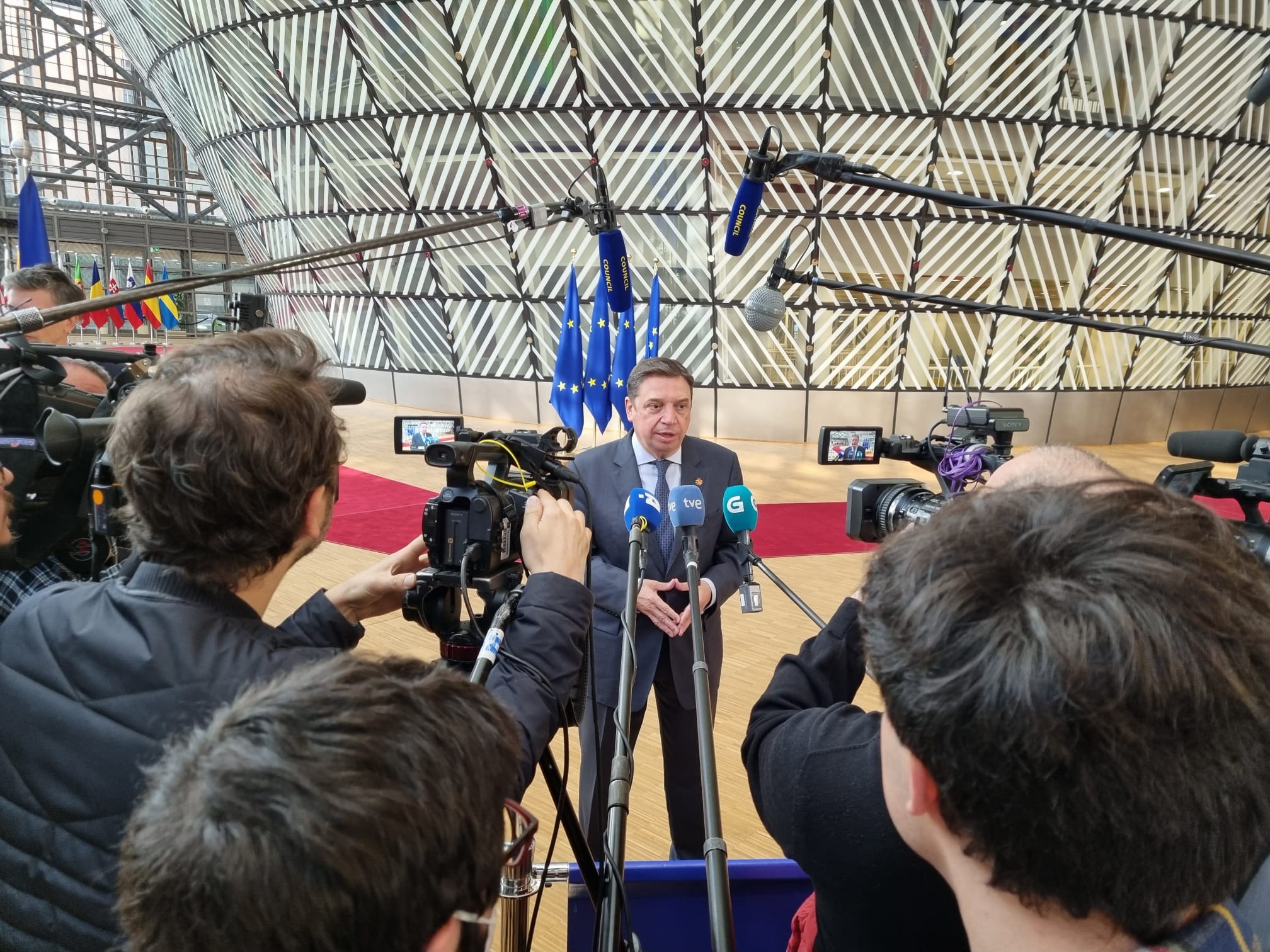 The EU Council of Ministers has also been in favor of relaxing certain requirements of the Common Agricultural Policy (CAP) so that land currently lying fallow can be made available for cultivation and thus improve our level of supply. In the case of Spain, this would mainly involve corn and oilseeds, 22% of the corn imported by Spain and used mainly in animal feed comes from Ukraine, which is also the main supplier of sunflower oil.

This measure, together with the temporary relaxation of certain requirements for importing corn, which will facilitate the entry of raw materials destined for animal feed, will alleviate the temporary shortage of corn that used to come from Ukraine for the production of animal feed.

Another measure adopted was private storage for pigmeat, a sector that is also going through a difficult situation in all the Member States, especially those affected by African swine fever.

The minister reiterated the need to increase the percentage of advance payments of direct CAP aid, so that the sector can count on greater liquidity.

With regard to state aid, the Minister pointed out that in an exceptional situation such as the current one, recourse to state aid to the agricultural sector must be complementary to community measures, in order to guarantee the functioning of the single market, which is one of the main assets of our sector”. He stressed that, in a global crisis, which affects Europe, the response must be European.

Today’s Council of Ministers was a first opportunity to discuss the main parameters of the strategic plans submitted by the Member States for the implementation of the CAP reform, the deadline for submission of which ended on December 31.

The European Commission is soon to send the Member States its letter of comments on the strategic plans. In this respect, he specified that “the strategic perspective of this CAP is the achievement of sustainable food systems. Respect for environmental conditions and the fight against climate change are there yesterday, today and tomorrow; another thing is that we modulate the timetable for the implementation of certain measures in view of the new scenario resulting from the Russian invasion of Ukraine”.

The Commissioner for the Environment, Oceans and Fisheries, Virginijus Sinkevicius, has announced that in the next few days the crisis mechanism provided for in the regulation of the European Maritime Fund for Fisheries and Aquaculture (FEMPA) will be activated to compensate fishermen for the increase in production costs, mainly diesel, as it is a market disruption due to an exceptional situation. The aid will have retroactive effect from February 24, the day on which the Russian invasion of Ukraine began, and may be extended until December 31.

This item was on the agenda at the request of Spain, and received the support of 22 member countries. Minister Planas explained that “it is not possible to assume production at a loss” and that the fleet cannot remain idle because Spain’s priority is to “guarantee food supplies to the population in times of such uncertainty as the present”.

The fishing activity has to be profitable, “we must avoid the stoppage of fishing and market shortages,” explained Planas in his presentation, to maintain the activity of a profitable fishing and ensure the normal supply of fish.