World Humanitarian Day: what the EU is doing to help

Inicio » EU News » World Humanitarian Day: what the EU is doing to help

World Humanitarian Day was commemorated on 19 August. The EU and its Member States are among the main humanitarian donors. Together they provide aid worth billions of euros each year. This supports people affected by man-made natural disasters such as armed conflicts, droughts, earthquakes, tsunamis or hurricanes. 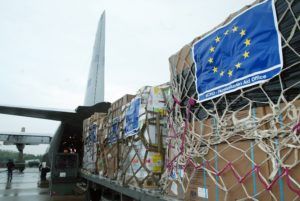 What is humanitarian aid?

Among those in need of humanitarian aid:

Humanitarian aid encompasses a range of relief activities, including the provision of food aid and nutritional support, shelter, health care, water and sanitation, protection from physical and psychological damage, in particular sexual and gender-based violence, education in emergencies, cash assistance…

Emergency humanitarian aid should not be confused with development cooperation, which aims to support the long-term economic, environmental, social and political development of developing countries.

What are the EU and the Member States doing?

Humanitarian aid is a shared competence between the EU and the Member States, as laid down in Article 4(4) of the Treaty on the Functioning of the European Union. Each Member State decides what funding it wants to provide in response to a particular crisis, to which humanitarian organisation or to which fund.