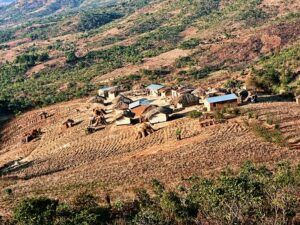 The European Union has announced today an additional €12 million in humanitarian support in Mozambique, Zimbabwe and Malawi. This funding will assist people in need following cyclone Idai and the subsequent floods.

Total EU humanitarian assistance in response to this natural disaster now amounts to over €15 million.

From today’s announcement, €7 million will benefit people in Mozambique, where up to 1.85 million people are in need of urgent humanitarian assistance. This assistance will provide shelter, water and sanitation, humanitarian food assistance, health and psychosocial support. The cyclone coincided with the annual harvest period, thereby affecting food security in the months ahead. Access to safe water is a major concern in a bid to avert the spread of disease outbreaks.

In Zimbabwe, €4 million will provide people affected by the flood with shelter, water and sanitation, as well as food assistance. The floods have exacerbated an already existing food security crisis, which was brought by drought and a volatile economic situation, and which is affecting almost 3 million people.

In Malawi, people in need will benefit from assistance worth €1 million in the form of food aid and support to recover their livelihoods. The floods in Malawi have had an impact on 860 000 people, 85 000 of whom have lost their homes and are currently living in camps or makeshift settlements.

Mozambique, Zimbabwe and Malawi are located in a region that is very much prone to weather-related crises, such as cyclones, floods or droughts. Between 2016 and 2018, the European Union has supported the Southern Africa and Indian Ocean region with over €80 million in humanitarian aid, emergency relief response, and disaster preparedness funding.

Tropical cyclone Idai made landfall during the night of 14 March 2019 near Beira City, Mozambique bringing torrential rains and strong winds, moving then westwards over east Zimbabwe and also causing massive flooding in Malawi. The cyclone left loss of life and devastation in its trail.

The package of humanitarian aid announced today complements the €3.75 million in financial humanitarian assistance given in the immediate aftermath of the cyclone.

In addition to this financial humanitarian assistance, at the request of Mozambique, the EU Civil Protection Mechanism (EUCPM) was activated to help those affected by the devastating impact of cyclone Idai. Offers of assistance received through the Mechanism came in from Austria, Denmark, France, Germany, Italy, Luxembourg, Portugal, Spain, and the United Kingdom, coordinated by the European Commission’s Emergency Response Coordination Centre (ERCC). A European Civil Protection Team has been in Mozambique since 23 March 2019 ensuring the logistical coordination and distribution of aid provided by EU Member States. An epidemiologist from the European Centre for Disease Control and Prevention (ECDC) is supporting the coordination of emergency medical teams and other public health activities.