World Chess Day, an ancient and traditional board game that requires great skill and mental agility, is celebrated on 20 July and is now considered a sporting discipline.

To commemorate this day, from the CDE of Almeria we have made this interactive infographic with curious facts about this wonderful sport. Do you play a game?

Why do we celebrate this Day?

This event was proclaimed by the General Assembly of the United Nations in 2019, to commemorate the creation of the International Chess Federation (FIDE) in 1924, in the city of Paris. It also pays tribute to the contribution of this great game in “the promotion of education, sustainable development, peace, cooperation, solidarity, social inclusion and health at local, regional and international levels”.

Chess is a two player strategy board game where the aim is to move different types of playing piece, each with a prescribed set of possible moves, around a chequered square board trying to capture the opponents ‘king’ piece. Today there are over 2,000 identifiable variants of the game. One theory is that an early game similar to chess called Chaturanga originated in Northern Indian Subcontinent during the Gupta period (~ 319 – 543 CE) and spread along the Silk Roads west to Persia.

Whilst modern Chess is believed to have been derived from Chaturanga means ‘four divisions’ referring either to the divisions of the playing pieces into infantry, cavalry, elephantry and chariotry (pieces which in the modern game became the pawn, knight, bishop and rook), or to the fact that the game was played by four players. Chatrang, and later Shatranj, was the name given to the game when it arrived in Sassanid Persia around 600 CE. The earliest reference to the game comes from a Persian manuscript of around 600 CE, which describes an ambassador from the Indian Subcontinent visiting king Khosrow I (531 – 579 CE) and presenting him with the game as a gift. From there it spread along the Silk to other regions including the Arabian Peninsula and Byzantium.

In 900 CE, Abbasid chess masters al-Suli and al-Lajlaj composed works on the techniques and strategy of the game, and by 1000 CE Chess was popular across Europe, and in Russia where it was introduced from the Eurasian Steppe. The Alfonso manuscripts, also known as the Libro de los Juegos (Book of Games), a medieval collection of texts on three different types of popular game from the 13th century CE describe the game of Chess as very similar to Persian Shatranj in rules and gameplay.

On 12 December 2019, the General Assembly proclaimed 20 July as World Chess Day to mark the date of the establishment of the International Chess Federation (FIDE) in Paris in 1924.

Under initiative of FIDE, July 20 has been observed as International Chess Day by chess players around the world since 1966.

The designation of World Chess Day of the UN will not only recognize the important role of the FIDE in supporting international cooperation for chess activity and aiming to improve friendly harmony among all peoples of the world, but also to provide an important platform to foster, dialogue, solidarity and culture of peace.

The United Nations recognizes that sports, the arts and physical activity have the power to change perceptions, prejudices and behaviours, as well as to inspire people, break down racial and political barriers, combat discrimination and defuse conflict, and therefore contrabute in promoting education, sustainable development, peace, cooperation, solidarity, social inclusion and health at the local, regional and international levels.

Chess is one of the most ancient, intellectual and cultural games, with a combination of sport, scientific thinking and elements of art. As an affordable and inclusive activity, it can be exercised anywhere and played by all, across the barriers of language, age, gender, physical ability or social status.

Chess is a global game, which promotes fairness, inclusion and mutual respect, and noting in this regard that it can contribute to an atmosphere of tolerance and understanding among peoples and nations.

Films, series and documentaries about chess

Here are some titles of series, films and documentaries, whose central theme is based on chess as a protagonist:

As Federico Marín Bellón writes: What do Humphrey Bogart, Miguel de Unamuno, Vladimir Nabokov, Enrique Morente and Ernesto ‘Che’ Guevara have in common? That their paths, but above all their minds, cross somewhere between a1 and h8, the squares of the chessboard. This is well known to the listeners and readers of Manuel Azuaga, an enthusiastic populariser who triumphs on the radio with the programme ‘El rincón de ajedrez’ and in the pages of the ‘Diario Sur’. Thirty of his articles form the heart of ‘Cuentos, jaques y leyendas’, a book for all audiences, without a single chess move but with the soul in black and white.

We recommend that you delve into the characters in this work, who meet and meet again on this stage and behind the scenes, a swarm of professional chess players and artists, above all, who share so many things. As Marcel Duchamp, who played for France in several Olympiads, is said to have said, “while not all artists are chess players, all chess players are artists”. 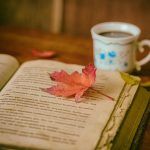