This post offers the latest United Nations News related to refugees from the Ukrainian war with Russia.

As part of the EU’s efforts to support Ukraine after Russia’s invasion, EU ambassadors today endorsed a proposal giving member states immediate access to more initial funding from REACT-EU (Recovery Assistance for Cohesion and the Territories of Europe), as well as facilitating the provision of basic needs and support for refugees from Ukraine.

EP President Roberta Metsola, together with Polish Prime Minister Mateusz Morawiecki, met this morning with Ukrainians having fled the war at the Otwock school in the region of Warsaw.

Ministers met to discuss further coordination of the reception of refugees from Ukraine. Since 24 February 2022, around 3.8 million people, mainly women and children, have arrived in the European Union after fleeing from the war in Ukraine.

In its conclusions of 24-25 March, the European Council called on Member States to intensify their efforts in a continued spirit of unity and solidarity, and it invited the Commission to take the necessary initiatives to facilitate such efforts.

March 25, the European Commission and the Government of Canada announced the launch of a global campaign to raise funding in support of people fleeing the invasion of Ukraine, in partnership with international advocacy organisation Global Citizen.

To support Member States welcoming and accommodating refugees fleeing the war in Ukraine, the Commission has today proposed to increase by €3.4 billion the total pre-financing from the Recovery Assistance for Cohesion and the Territories of Europe (REACT-EU).

The European Commission outlines the actions being taken to support Member States in meeting the needs of those fleeing the war against Ukraine and its people. Since the unprovoked and unjustified Russian invasion, some 3.5 million people – mainly women and children – have arrived in the EU in the space of just four weeks. Around 6.5 million people are estimated to be displaced internally.

The Commission is presenting operational guidelines to support Member States in applying the Directive. The comprehensive guidelines will help those arriving to have a consistent and effective level of rights and the Member States to assume their new responsibilities.

UN Secretary-General António Guterres on Sunday called for a pause in the fighting to allow civilians to escape conflict zones in Ukraine, as the UN rights body (OHCHR) announced that it had recorded 1,123 civilian casualties since the start of Russia’s armed assault on the country.

The “senseless war” in Ukraine has forced one million people to flee the country in just seven days, while countless others have been displaced within its borders, UN High Commissioner for Refugees Filippo Grandi said on Thursday.

The number of people fleeing the Russian onslaught in Ukraine surpassed 874,000 as of Wednesday morning New York time, data from the UN refugee agency, UNHCR, has revealed. More than half have headed west to Poland, according to a new UNHCR operational data portal that is keeping track of refugee arrivals in neighbouring countries.

Commission is proposing to activate the Temporary Protection Directive  to offer quick and effective assistance to people fleeing the war in Ukraine. Under this proposal, those fleeing the war will be granted temporary protection in the EU, meaning that they will be given a residence permit, and they will have access to education and to the labour market.

Rockets have been “raining down” on Ukraine’s cities and hundreds of people have been killed or injured since the Russian military offensive began, the UN Secretary-General said on Tuesday, at the launch of a $1.7 billion flash appeal to provide urgently-needed assistance.

Well over 600,000 people have fled Ukraine in under a week, since Russia’s military offensive began, UN humanitarians said on Tuesday, as they issued an appeal to protect civilians from further bloodshed. 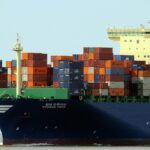