The action is the result of a cross-border investigation supported by Eurojust and Europol which looks at the criminal activity of people smuggling across the continent, and was prompted by the discovery of 39 deceased Vietnamese nationals inside a refrigerated trailer in Essex in the United Kingdom in October 2019. 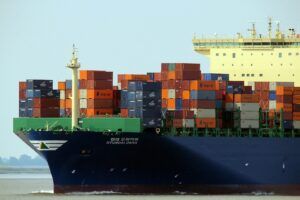 In Belgium, 16 house searches were carried out in the Brussels Capitol Region, including in safe houses. 13 people were deprived of their liberty prior to their possible appearance before an investigating judge, and five victims/migrants were found.

In France, 13 individuals were arrested in the region of Paris – Île-de-France. The operation was partly conducted under the supervision of the Investigative Judge of the JUNALCO (National Jurisdiction Against Organised Crime).

The suspects are allegedly part of an Organised Crime Group (OCG) that smuggles refugees from Asia, particularly from Vietnam, and that likely has transported up to several dozen people every day for several months. Prompted by the discovery of 39 deceased Vietnamese nationals inside a refrigerated trailer in Essex in the United Kingdom in October 2019, a joint investigation team (JIT) was created between Belgium, Ireland, France, the United Kingdom, Eurojust and Europol. Judicial and police authorities have since worked closely together within the JIT to map out the alleged activity of the OCG and to determine the possibility of finding cross-links to ongoing regional and local investigations of migrant smuggling activity.

These coordinated arrests are a strong signal to migrant smuggling groups that judiciary and law enforcement communities in the EU are joining forces to detect, investigate and prosecute this kind of serious organised crime.