In August 2011, the footballer Lionel Andrés Messi Cuccittini filed an application with the European Union Intellectual Property Office (EUIPO) for registration of the following figurative sign as an EU trade mark, inter alia for sports and gymnastics clothing, footwear and equipment: 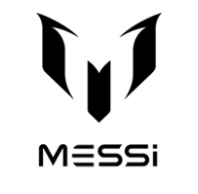 In November 2011, Mr Jaime Masferrer Coma filed a notice of opposition to the registration of the mark applied for by Mr Messi Cuccittini, alleging a likelihood of confusion with the EU word marks MASSI, registered, inter alia, for clothing, footwear, cycling helmets, protective clothing and gloves (the rights to those marks were transferred in May 2012 to the Spanish company J.M.-E.V. e hijos). In 2013, EUIPO upheld the opposition. Mr Messi Cuccittini lodged an appeal with EUIPO against that decision. In April 2014, EUIPO dismissed the appeal, due, essentially, to a likelihood of confusion between the signs MASSI and MESSI. Mr Messi Cuccittini then brought an action before the General Court of the European Union for annulment of EUIPO’s decision. By its judgment of 26 April 2018, the General Court annulled that decision, considering that the football player’s reputation counteracted the visual and phonetic similarities between the two signs and excluded any likelihood of confusion.

EUIPO and the company J.M.-E.V. e hijos lodged appeals against the judgment of the General Court.

In its judgment, the Court of Justice dismisses both appeals.

J.M.-E.V. e hijos (C-474/18 P) claimed that the General Court had erred in law in having considered that, when assessing the likelihood of confusion, account should be taken of the reputation of the person, in this case Mr Messi Cuccittini, whose name is the subject of an application for an EU trade mark. The Court of Justice observes that, just like the reputation of the earlier mark, the possible reputation of the person who is applying for his name to be registered as a trade mark is one of the relevant factors for the purposes of assessing the likelihood of confusion, in so far as that reputation may influence the relevant public’s perception of the mark. The General Court did not therefore err in considering that Mr Messi Cuccittini’s reputation constituted a relevant factor for the purposes of establishing a conceptual difference between the terms ‘messi’ and ‘massi’.

The Court also observes that, contrary to the Spanish company’s assertion, the question of the reputation enjoyed by Mr Messi Cuccittini had already been in issue in the proceedings before EUIPO. It adds that the arguments relied on at the stage of the action before the General Court, which consist only of stating well-known facts, are not considered to be new, so the General Court was correct to find that, given that the reputation of the name Messi, as the family name of a football player who is famous throughout the world and as a public figure, constituted a well-known fact, that is to say a fact that is likely to be known by any person or that may be ascertained from generally accessible sources, those sources were matters that were available to EUIPO at the time it adopted its decision and which it should have taken into account in its assessment of the conceptual similarity of the signs MASSI and MESSI.

Lastly, the Court considers that the arguments of J.M.-E.V. e hijos to the effect that the General Court erred in applying the case-law flowing from the judgment in RuizPicasso and Others v OHIM 4 are based on a misreading of that judgment. Indeed, the existence of an earlier, well-known mark cited in support of an opposition does not constitute a condition for application of that case-law. The Court notes that the assessment aiming to establish whether a sign has a clear and established meaning as far as the public is concerned may, therefore, relate as much to the sign constituting the earlier mark (in this case MASSI) as it does to the sign corresponding to the mark applied for (in this case MESSI). It follows that, having noted that the relevant public perceived the signs MASSI and MESSI as being conceptually different, the General Court could rightly apply that case-law.