The Conference on the Future of Europe concludes its work

This unprecedented, one-year journey of discussion, debate and collaboration between citizens and politicians culminated in a report centred around 49 proposals that include concrete objectives and more than 320 measures for the EU institutions to follow up on under nine topics: climate change and the environment; health; a stronger economy, social justice and jobs; EU in the world; values and rights, rule of law, security; digital transformation; European democracy; migration; education, culture, youth and sport. The proposals are based on recommendations made by citizens who met within the European Citizens’ Panels, National Citizens’ Panels and contributed their ideas on the Multilingual Digital Platform.

President of the European Parliament, Roberta Metsola, said: “Citizens – especially young people – are at the heart of our vision for the future of Europe. They have directly shaped the outcome of the Conference. We are at a defining moment of European integration and no suggestion for change should be off-limits. We should not be afraid to unleash the power of Europe to change people’s lives for the better.”

President Emmanuel Macron commented: “Through the crises that we have gone through collectively in recent years, Europe has changed. We must continue this development and ensure that the Union lives up to the aspirations and expectations expressed by the citizens. The Conference on the Future of Europe, which we are closing today, is a unique exercise and unprecedented in its scope, a breath of fresh air for our continent. Its conclusions constitute a very rich source of proposals, which each institution must examine within the framework of its competences. The Council will have the opportunity to express itself in the coming weeks. As this exercise is coming to an end under the French Presidency, I thank the previous presidencies for their commitment and am happy to hand over the follow-up to be given to the conclusions of the Conference to the Czech and Swedish presidencies.”

President Ursula von der Leyen said: “Democracy, peace, individual and economic freedom. This is what Europe stands for today when the war rages again on our continent. This is at the heart of the Conference on the future of Europe. The European Union has to continue to deliver on European citizens’ expectations. Today, their message has been received loud and clear. And now, it is time to deliver.”

Over the last year, through a multitude of events and discussions organised across the EU, national and European citizens’ panels, plenary meetings as well as exchanges on the dedicated Multilingual Digital Platform, the Conference became a truly open forum to discuss the Europe we want to live in. It enabled a transparent, inclusive and structured debate with European citizens about the issues that are of relevance to them and for their future.

Work of the European Parliament

In its resolution on the outcome of the Conference on the Future of Europe adopted on 4 May, the European Parliament welcomed and endorsed the Conference conclusions. MEPs acknowledged its proposals require Treaty change and asked the Committee on Constitutional Affairs to prepare proposals to reform the EU Treaties, a process which would take place through a Convention in line with Article 48 of the Treaty on European Union.

Guy Verhofstadt, representing Parliament as co-Chair of the Executive Board, said: “Citizens’ recommendations and the Conference conclusions offer us a roadmap to avoid the European Union becoming irrelevant or even disappearing. A new, effective and more democratic Europe is possible. A Europe that is sovereign and is capable of acting, as citizens clearly expect. There is really no time to waste. We need to honour the outcome of the Conference and implement its conclusions as soon as possible.” 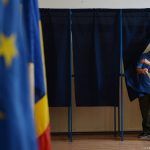