Last March 16, the electricity grids of Ukraine and Moldova have been successfully synchronised with the Continental European Grid. This will help Ukraine to keep their electricity system stable, homes warm and lights on during these dark times. It is also a historic milestone for the EU-Ukraine relationship – in this area, Ukraine is now part of Europe.

This project has shown extraordinary cooperation and determination from everyone involved. I want to thank the European Network of Transmission System Operators for Electricity (ENTSO E) for doing a year’s work in two weeks to make this happen. I want to thank the French Presidency of the Council and Member States for their support to this project that is not without risks. And I want to thank our Ukrainian partners – Minister Galushchenko and Ukrenergo in particular – for their heroic efforts in keeping the Ukrainian energy systems working in the middle of a terrible war.

The EU will continue to support Ukraine in the energy sector, by ensuring the reverse flows of gas to the country and the delivery of energy supplies that are badly needed. We are also looking forward to the time when we can continue our excellent cooperation on the green transition and market reforms. 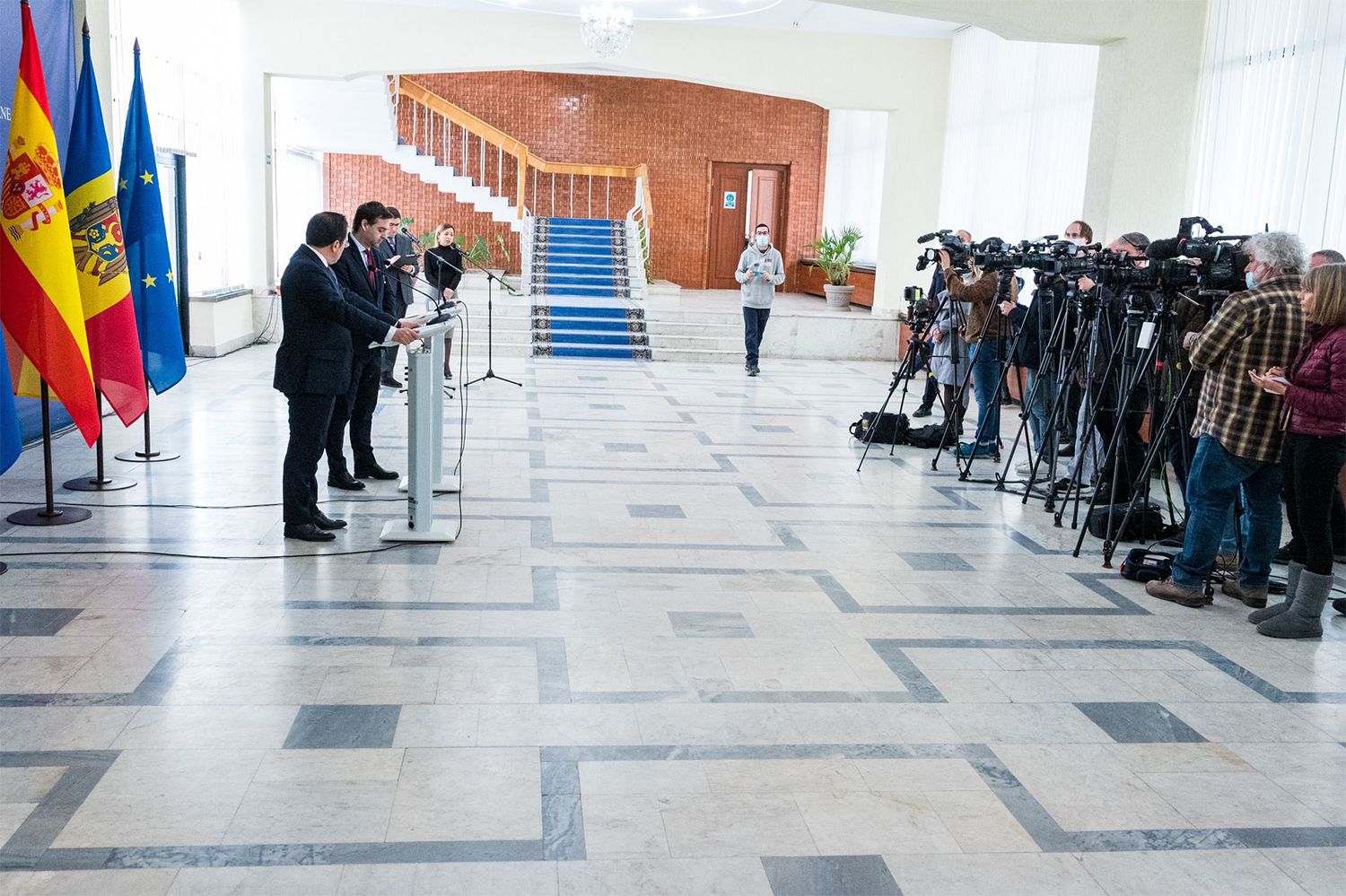 José Manuel Albares meets in Chisinau with the leaders of the Moldavian executive.

During his visit to Chisinau, Albares held meetings with his Moldovan counterpart, Nicu Popescu, with the Moldovan Prime Minister, Natalia Gavrilita, and with its president, Maia Sandu. The Foreign Minister recalled the support of Spain to Moldova in the field of humanitarian aid and cooperation both bilaterally, led by AECID, and through the instruments of the European Union.

The day ended with a visit of the Minister of Foreign Affairs, European Union and Cooperation to the Chisinau Refugee Center. Albares recalled that Moldova has already taken in more than 120,000 Ukrainian refugees since the beginning of the war, and thanked its representatives for the exemplary solidarity of the country.